"We recognize honorees David M. Bossman, Ph.D., and Deborah Lerner Duane for their outstanding dedication to the Sister Rose Thering Fund and for the many ways they foster unity among God's people in their everyday lives," said Interim President Mary J. Meehan, Ph.D.

This year, the Fund's ongoing theme has been "keeping the story alive for generations." Keeping that important message in mind, the event's two guest speakers will be Elisha Wiesel, co-chief information officer at Goldman Sachs and the son of Marion and Elie Wiesel, and The Most Reverend Roberto Octavio González Nieves, O.F.M., archbishop of San Juan, Puerto Rico.

Wiesel is a second-generation Holocaust survivor whose father, Nobel Peace Prize winner Elie Wiesel, received an honorary degree from Seton Hall University at the Evening of Roses event in 1998. Archbishop González was born in Elizabeth, N.J.; his father, Jesús Hiram González-Orta, was a Seton Hall alumnus and reportedly the first Puerto Rican to graduate from the University. 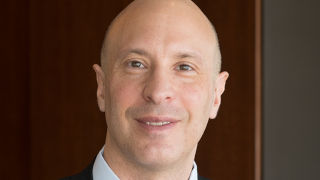 Since initially coming to Seton Hall in 1985 to serve as Provost, Professor Bossman has served as professor, then chair, of the Graduate Department of Jewish-Christian Studies. He was integral in the creation of the Sister Rose Thering Fund for Education in Jewish-Christian Studies and has served as the fund's executive director since 1993. A member of Holy Name Franciscan Province of New York, he was ordained a priest in 1965 and served in pastoral ministry in San Juan, Puerto Rico. He holds the Ph.D. degree in Biblical Languages and Literature from St. Louis University. Upon his retirement, Professor Bossman plans to relocate to Charleston, SC, where he serves on the advisory board of the Charleston Interreligious Council and has served many summers as visiting professor at the College of Charleston. He will continue as editor of Biblical Theology Bulletin: A Journal of Bible and Culture, a position he has held since 1981.

Deborah Lerner Duane, chair emerita of the Sister Rose Thering Fund for Education in Jewish-Christian Studies, received her master's degree with distinction in Jewish-Christian Studies from Seton Hall in 2012. Deborah and her husband Dan have spent their married life sharing their own Jewish-Christian dialogue with their three children, embracing the similarities and differences central to an interfaith family. Trained as a public relations and communications professional, in 1990 Deborah founded the PR and marketing communications firm Lerner Duane Communication, Inc. Since her retirement in 2012, she has been a successful playwright. Additionally, Deborah and Dan are the benefactors of Temple Sharey Tefilo-Israel's interfaith outreach endeavor, with Deborah having served on both the synagogue's board of trustees and its religious school board. She is also on the New Jersey Governor's Council on Mental Health Stigma, having been appointed by Governor Richard Codey in 2004.

"Sister Rose believed in the power of teachers to transform the world through education. Dr. Bossman has impacted the lives of our teacher-scholars who bring the lessons of social justice to their classrooms. Ms. Lerner Duane's leadership brought a new level of organization to the SRTF Board and an increased awareness of the importance of our programs and work to the University community and beyond," noted Melinda Hanlon, current chair of the SRTF Board of Trustees.

Vice Chair and Evening of Roses Co-Chair Susan Feinstein added, "We are grateful for this wonderful opportunity to recognize and thank these two dedicated people for furthering the vision and mission of Sister Rose Thering."

The Sister Rose Thering Fund for Education in Jewish-Christian Studies was created and named in honor of Sister Rose Thering, O.P., Ph.D., in recognition and appreciation of her exemplary dedication throughout her life and the continuing legacy to improving Jewish-Christian relations through teacher education, especially at the elementary and secondary school levels.

"Sister Rose inspired many with her vision for building a better world through education. The Fund named in her honor finds its inspiration and purpose in her vision as a means to eliminate prejudice among people of religion," says Professor Bossman. "She continually reminded us that teachings of contempt about others need to be curtailed and building working relations with people of religions not our own is truly the only way to exercise religion."

The goals of the Fund's programs are to reduce prejudice born of ignorance and misperception, to promote means for conveying the richness of the Jewish and Christian traditions accurately and without bias and to foster cooperation among Jews and Christians in areas of common social welfare. More than 350 teachers throughout New Jersey have benefited from Fund scholarships for their studies at Seton Hall University's Jewish-Christian Studies graduate program during the past two decades and have had an impact on more than 150,000 students in their classes.

For tickets and information, contact the Sister Rose Thering Fund office at (973) 761-9006 or srtf@shu.edu or click here. Current Seton Hall students are able to purchase tickets at a discounted price.