"I know the power of teachers. It is my deepest wish that teachers in our public and parochial schools, with scholarship assistance, will be able to enroll in Jewish-Christian Studies at Seton Hall University to stem the tide of ignorance in our schools and in society." — Sister Rose Thering, O.P., Ph.D.

Interim President Mary J. Meehan at the 2019 Evening of Roses with (L to R) featured speakers the Most Reverend Roberto Octavio González Nieves and Elisha Wiesel, along with honorees David M. Bossman and Deborah Lerner Duane.

The Evening of Roses is the major fund raising vehicle for the Sister Rose Thering Fund for Jewish-Christian Studies. Its aim is to promote the Fund's work by honoring outstanding scholars in the field of Jewish-Christian relations and conferring honorary Doctor of Humane Letters as well as Humanitarian of the Year awards upon individuals who have demonstrated outstanding compassion, altruism, and courage in various endeavors. Honorary degrees have been bestowed upon Professor Elie Wiesel, Cynthia Ozick, Sister Rose Thering, Judith H. Banki and Sir Martin Gilbert, Nechama Tec, Theodore Bikel and Dr. Eugene Fisher.

Students perform an original staging of "Brundibar" at the 2011 Evening of Roses.

Each Evening of Roses event has attracted between 300-500 attendees whose participation and financial support have been rewarded by an outstanding program followed by a reception. Honored guests offer to sign copies of their most recent publications or serenade all with a song, such as our friend Theodore Bikel has done.

The Sister Rose Thering Fund would like to thank all our sponsors for a wonderful Evening of Roses 2022 and a celebration of all Sister Rose meant and accomplished. A special thank you to Oren Jacoby, our honoree and keynote speaker, and our Board of Trustees for their dedication and devotion to forming a culture of upstanders who seek a better world without antisemitism and bigotry. Click here to view the 2022 ad journal »

Evening of Roses Programs and Honorees 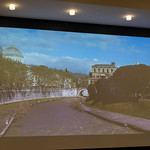 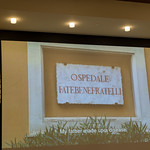 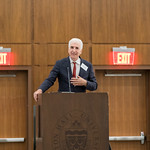 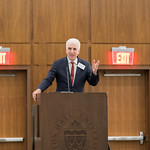 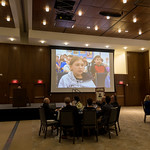 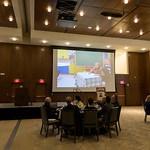 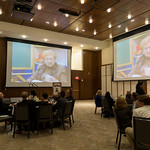 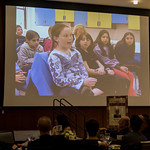 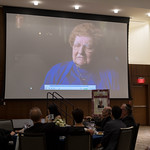 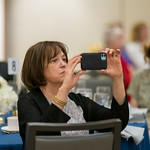 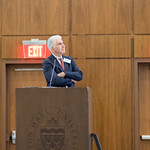 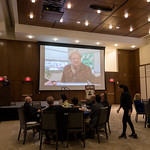