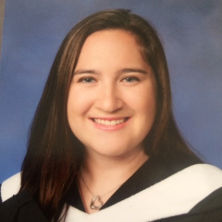 "Following in Sister Rose's footsteps, I hope to develop a deeper understanding, foster dialogue and facilitate programming amongst different religious communities. Being a part of the Jewish-Christian Studies program at Seton Hall is a fantastic local opportunity not only to learn about the important elements of history, tolerance and understanding, but also to educate others and carry on an important message begun by a wise woman." – Jordyn Barry, M.A. '14 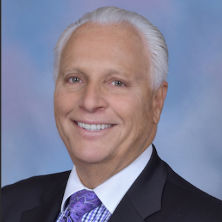 "Sister Rose was a trailblazer long before her time, especially now, in this tumultuous time of prejudice. She understood that building a bridge between Christians and Jews helped make her a more well-rounded person. It was her determination and fortitude about righting the wrongs of social injustice that spoke to me, making me more mindful of the world around us." – Allan Janoff 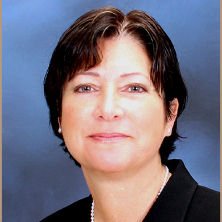 "Through the Sister Rose Thering Fund, I learned not only what prejudice begets, but also what kindness and inquiry can deliver." – Phyllis Bruno, social studies teacher, Franklin Township 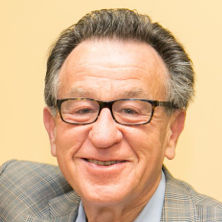 "When I spoke to her 15+ years ago about a project to build Christian Jewish understanding in Poland, she encouraged me enthusiastically, expanded my vision, and set me on a path committed to interreligious dialogue all these years. More specifically she said, 'You MUST do this project! And, when you have completed showing the exhibition in Poland, I want you to bring it here to Seton Hall.' And that is what we did." – Alan Silberstein, Treasurer, Sister Rose Thering Fund 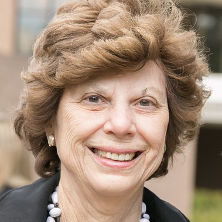 "When I was growing up, I was fascinated by an article in The Reader's Digest called 'The Most Unforgettable Character I Ever Met.'  I have been fortunate to have met many wonderful people, but Sister Rose was surely among the most wonderful and most unforgettable.

Much of what made Sister Rose so unforgettable was her extraordinary strength - not physical strength, but strength of conviction. She believed in what she did and did it brilliantly and with amazing courage.  And she demanded that level of commitment from others. I once quipped that if I missed a board meeting she would send the Pope after me. I was only partly kidding.

When I first got to know Sister Rose, I wondered about the source of such strength.  I think I found it in the remarkable story of her journey from a childhood growing up in Plains, Wisconsin, to her role as a fierce advocate for tolerance: it was her innate sense of justice, of what is right and what is wrong.  Having never met a Jew, she somehow simply knew that the Church's teaching about the Jews was wrong, and so, with no thought for herself, she dedicated herself to changing the curriculum in Catholic schools.  And, of course, being Sister Rose, she went further.  She wrote a doctorate that was used to draft portions of the church's momentous document, Nostra Aetate, which in effect exonerated the Jews for Jesus' death.  It was she who fought for the inclusion of Holocaust Studies in every school in New Jersey - public, private and parochial.  And she made sure there were teachers who were trained to teach those classes.

I greatly admired Sister Rose.  More than that, I loved her; she was my friend and teacher.  I will never forget her and I doubt that I will ever meet her like again." - Sylvia Orenstein 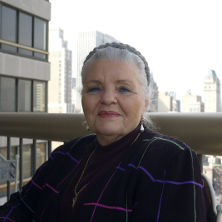 "During the Intifada (attack on Israel) in 2000, Sister Rose decided to make a trip to Israel because she knew that Israel needed the support from the Christian community during this conflict. Sister Rose called me to tell me she was going to Israel for this reason and I agreed to join her on the trip. A small group accompanied Sister Rose, about six or so people.

When they arrived in Israel, we found the area completely desolated. Though it was winter, there was no heat in the hotels. The Israeli government who took us around to different sites, which got our visit some publicity in the press, hosted us. I cited an example of how the situation on the ground was being distorted in the media. A young, injured Palestinian boy was photographed as being carried away by Israelis which the Palestinian press considered kidnapping. In reality, the Israelis were taking the young man to a local hospital to be treated.

Sister Rose was quite upset at what was happening and how it was being portrayed in the media. She spoke to representatives in the Israeli government advising them that they needed to hire a good public relations person to ensure that correct information and the true story of what is going on is being communicated.  The answer Sister Rose received, however, said that Israel was too busy fighting the war to address this.
So the small group returned to the United States.

About a month later Sister Rose went back to Israel again. This time she brought a group of Christian clergy and I joined her once again. Again, we visited the various sites so we could see first-hand what was happening. At the time, I had a cousin, an Orthodox Jew, who worked with the Israeli Chief of Staff in the military. Sister Rose asked him to give a lecture to the visiting clergy group. Among other things, she wanted him to explain how an Orthodox Jew could serve in the army. His answer was simply that he had to protect Israel.

The group also visited all the embassies and met with the Catholic bishop as well as a member of the Greek Orthodox clergy.  Sister Rose continued to urge all those she met in Israel to get a public relations person to straighten out the stories and misinformation that was being portrayed in the media. Unfortunately this idea was met with no response.
These trips to Israel showed Sister Rose's deep love and care for the people of Israel. She made a total of 54 trips to the country during her life." - Luna Kaufman

"While I worked on Jewish-Christian relations for the United States Conference of Catholic Bishops, Sr. Rose served as a valuable advisor to me in my work and provided helpful guidance on a wide range of related issues, including some of the crises in the Catholic-Jewish dialogue that took place in those years. May her memory be for a blessing!" – Dr. Eugene J. Fisher, Distinguished Professor of Theology, Saint Leo University