Children, our young people, are our future. A major challenge of our times is to face resolutely the responsibility to future generations. 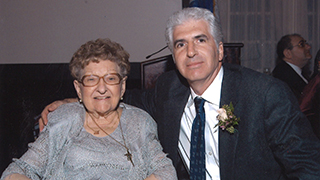 Born in 1920, Sister Rose Thering, a nun of the Dominican Order, was a lifelong activist who fought anti-Semitism within the Catholic Church.

Sister Rose Thering, in her doctoral research (1957-1961), did the pioneer investigation/examination of the most widely used Catholic religion teaching materials to see how we taught about other faith, ethnic, and racial groups.  It was a self-study that dealt primarily with our teachings about Jews and Judaism.  A basic summary was taken to Vatican II during the deliberations before the issuance of the Vatican document Nostra Aetate: Declaration on the Relation of the Church to Non-Christian Religions in 1965.  The document caused considerable debate at Vatican II but was finally passed on the last day of deliberations.  The 15 Latin lines of text have had a deep and lasting effect on how Jews are viewed by the Catholic Church and remain strongly fixed in church teachings to this day. 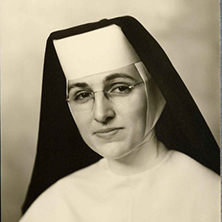 Sister Rose was very active in building bridges between Jews and Christians.  When asked why she did this, her immediate response was: “Because an understanding and an appreciation of Jews and Judaism and the State of Israel helps me personally.  I hope and pray to become a better person, a better Christian.”

Sister Rose's Passion, a 39-minute documentary film on her life, won an award at the Tribeca Film Festival in 2004 and was nominated for an Academy Award in 2005.

Sister Rose Thering passed away at her convent, The Siena Center of the Racine Dominicans in Wisconsin, on May 6, 2006.

Sister Rose's obituary from the New York Times is available online, as is the program from her commemorative service on September 13, 2006.