View past speakers of the Office of the Provost Impact Speaker Series that focuses on understanding the human impact of specific trends, disciplines or industries within communities and societies.

It Will be Chaos Screening and Panel Discussion

The Office of the Provost at Seton Hall University invites you to a special in-person gathering for our speaker series Impact Talks, featuring a screening of the Emmy-Award winning documentary It Will be Chaos, followed by a panel discussing including film directors Filippo Piscopo and Lorena Luciano, and Associate Dean and Professor Jeff Togman, College of Arts and Sciences. Refreshments will be served. This event is Co-sponsored by the Office of the Provost and The Alberto Italian Studies Institute

A national Emmy® winner with a Law degree, Lorena tells urgent stories from a ground-level angle, directing films that speak to starkly different audiences. Her films, recipient of international Best Documentary and Best Directing Awards, have screened at the Venice Film Festival, the National Gallery, the EU Parliament, a cultural makeshift in war-torn Yemen, the World Bank, and universities throughout the world.

With prestigious film grants from the Sundance Institute, the MacArthur Foundation, NYSCA, and Chicken & Egg Pictures, among others, Lorena's work focuses on Social Justice, Human Rights, the Environment, and the Arts. She lives in NYC with her two children and her husband/film partner Filippo Piscopo.

Inspired by content resonating with diverse audiences, Filippo has crafted engaging stories supported, among other entities, by the Sundance Institute and featured at film venues such as the Venice Film Festival, IDFA's Central Pitch, and the IFP's Spotlight on Documentaries.

Jeffrey M. Togman is Professor of Political Science and Film at Seton Hall University. His film Mayor Mohamed just won a special jury award at the 2021 Montclair Film Festival, after having its world premiere at the Brooklyn Film Festival and its international premiere at the Arabisches Filmfestival in Tubingen, Germany. His film Home won a special jury award at AFI Docs and was broadcast on the Sundance Channel, and his film We're Not Blood won "Best Dramatic Documentary Feature" at the Atlanta International Documentary Festival after having its world premiere at the San Francisco Documentary Festival. Professor Togman's book The Ramparts of Nations explores French and American immigration policies over the last half of the 20th century, and he will be teaching his course "US Politics Through Documentary Film" next semester.

The Age of Excellence - Mauro Porcini

SVP & Chief Design Officer at PepsiCo
Author of The Age of Excellence. Innovation and Creativity to Build a Better World

Porcini is the host his own successful video podcast "In your shoes - with Mauro Porcini" on Apple podcast, Spotify and YouTube, where he interviews inspiring personalities from the creative community worldwide.

In 2020 he became a presenter and judge on the TV show "New York by Design" and "America by Design", airing on CBS and Amazon Prime Video.

Prior to joining PepsiCo, Porcini served as the first ever Chief Design Officer at 3M, where his mission was to build and nurture a design sensitive culture in a technology driven global corporation.  His teams, based in the U.S., Italy, China and Japan, won many of the world's most prestigious design and innovation awards.

Porcini began his professional career at Philips Design and then created his own design firm, Wisemad Srl, in Italy with the celebrated entertainment producer and music star Claudio Cecchetto.  His work on wearable technologies has been showcased at the Louvre in Paris as well as the Seoul Art Center.

Since its creation PepsiCo's Design function, led by Porcini, has been recognized with more than 1,200 design and innovation awards – in 8 years of projects – from several institutions around the world. Fortune included PepsiCo in their 2018 "Driven by Design" list, one of only two organizations in the Food and Beverage Industry.

In his professional career Porcini has been granted 47 patents on his name. He sits on the Boards of Directors of the Design Management Institute, the Italy-America Chamber of Commerce, La Scuola d'Italia in New York and on the advisory council of other design and art institutions. He currently lives and resides in New York City.

The Age of Excellence. Innovation and Creativity to Build a Better World 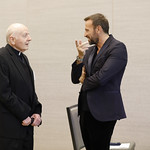 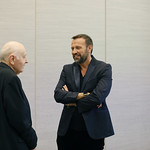 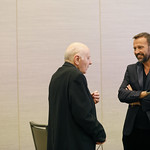 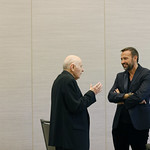 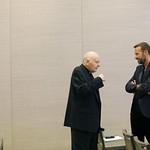 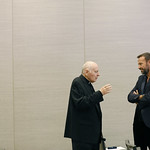 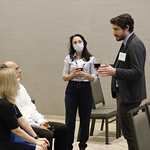 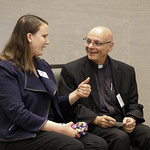 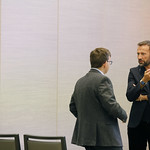 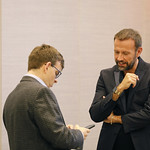 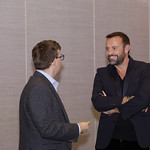 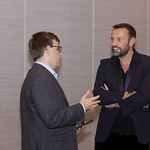