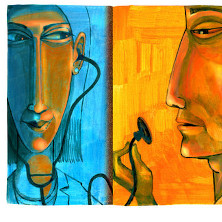 Study Philosophy of Medicine in the Spring 2021! 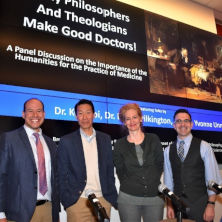 Professor Unna’s areas of expertise are Kant, Early Modern Philosophy, and Ethics. Her primary research focuses on Kant’s anthropology and his moral philosophy.  Professor Unna’s publications on Kant include Vorbereitungen eines Unglücklichen zum freywilligen Tode (Hildesheim: Georg Olms Verlag, 2000), “Kant’s Answers to the Casuistical Questions Concerning Self-disembodiment,” Kant-Studien 94 (2003), and “A Draft of Kant’s Reply to Hufeland: Key Questions of Kant’s Dietetics and the Problem of Its Systematic Place in His Philosophy,” Kant-Studien 103 (2012). In addition to her work on Kant, she has co-translated Heidegger’s On the Essence of Language (2004) and his Logic as the Question Concerning the Essence of Language (2009) for SUNY Press. Professor Unna’s current research focuses on the relationship between philosophy and medicine in Kant’s opus.

Study Philosophy of Medicine in the Spring 2021!