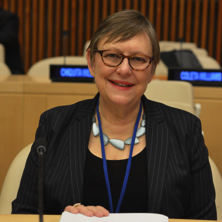 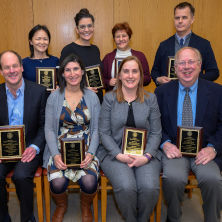 Diplomacy on the Move In the early years of the School of Diplomacy, Tinker served as Project Director for the research and writing of a book published in 2001, Crossing the Divide: Dialogue among Civilizations, for UN Secretary-General Kofi Annan with a Group of Eminent Persons, and taught an international law course as an adjunct professor at Seton Hall University Law School. After years of practicing law in New York City and teaching at law schools in New York, Brazil and elsewhere, she returned to the School of Diplomacy and International Relations since 2014.

Dr. Tinker serves on the IUCN's World Council on Environmental Law (WCEL), based in Switzerland as an expert. She contributed archival and historical research for a study of the selection of the UN Secretary-General by Sir Brian Urquhart in the 1990s, published by the Dag Hammarskjold Foundation; which recommended a single seven-year term and no campaigning for office, ideas once again being raised at the UN. She has received foundation grants throughout her career for her work as a researcher and teacher, and was honored with the 2016 National Conservation Award from the National Society of the Daughters of the American Revolution in recognition of her lifetime contributions to environmental education and international environmental advocacy.

Diplomacy on the Move