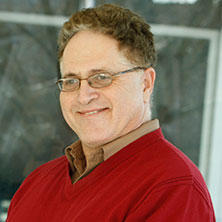 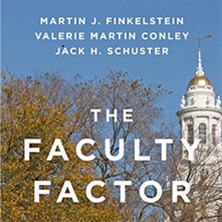 The Shrinking Role of Faculty

Between 1989-1997, he served as the Executive Director of the New Jersey Institute for Collegiate Teaching and Learning, a state initiative to enhance student success at New Jersey's colleges and universities through policy research and faculty professional development. He is the author of The American Academic Profession (Ohio State University Press, 1988) and The New Academic Generation (with Robert Seal and Jack Schuster, Johns Hopkins University Press, 1998). His new book with Jack Schuster , The American Faculty: The Restructuring of Academic Work and Careers, was published in 2006 by the Johns Hopkins University Press.

Finkelstein has, together with Jack Schuster, been instrumental in documenting the faculty demographic and appointments revolution and in questioning the implications of these concomitant revolutions for faculty careers, the nature of academic work, the research enterprise and  student educational experience. In so doing, he has worked closely with the IPEDS database (especially the Fall Staff Survey) and with the NCES' National Study of Postsecondary. He has served as a member of the technical review panel for the former set of surveys since 1988.

In the past 2-3 years he has focused his attention in two areas. The first area has been  empirically assessing the scope of the faculty appointments revolution and its consequences for the nature of academic work, faculty careers and the quality of the student educational experience. That is reflected in his last book with Jack Schuster, in his preliminary analyses of the IPEDS staffing and NSSE student experience data (v. above), and in the current proposal. It is also reflected in his membership in a working group of prominent faculty researchers (Austin, Baldwin, Gappa,  D. Leslie,and Schuster) under the leadership of Carole Bland (University of Minnesota) on documenting the consequences of the faculty appointments and staffing revolution that is currently developing a set of research proposals for external funding.

The second area has been the structural changes in the academic profession internationally. Finkelstein has published several chapters comparing the U.S. faculty appointments revolution to developments in Canada, Japan and western Europe and exploring the broader implications for the global academic profession as both developed developing nations increasingly adopt aspects of the American (in contradistinction to the German or British) model. He has served as co-director of the U.S. component of the Changing Academic Profession Survey 2007, a reprise of the 1992 Carnegie International Survey of the Academic Profession (Boyer and Altbach, 1996). In 2008, he served as a Fulbright Senior Specialist at the University of Hong Kong studying the transition from a three-year to a four-year baccalaureate degree.

The Shrinking Role of Faculty