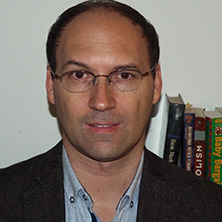 Professor Couch is interested in the areas of philosophy of science and philosophy of mind. His work is centered around the issue of how we should understand various kinds of explanations and the way they apply to human behavior. This involves examining whether and how explanations in the social sciences are distinct from explanations that are offered in other fields. He has published a number of articles including "Functional Properties and Convergence," Philosophy of Science, December 2005, vol. 72, "Multiple Realization in Comparative Perspective," Biology and Philosophy, September 2009, vol. 24, "Functional Explanation in Context," Philosophy of Science, April 2009, vol. 76, “Mechanisms and Constitutive Relevance,” Synthese, 2011, vol. 183, “Natural Kind,” New Catholic Encyclopedia Supplement 2012-13, and “Some Concerns with Polger and Shapiro’s View,” Philosophical Psychology, 2018, vol. 31. For another project he co-edited the book The Philosophy of Philip Kitcher by Oxford University Press in 2016.