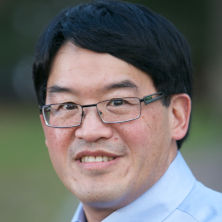 Benjamin Lowe is the managing partner of Lebeta Tech, LLC and involved in both an intrapreneurial and entrepreneurial activities. As an intrapreneur he helped develop and run business intelligence at Verizon creating groups in data analytics, data engineering, reporting, and master data management. In addition, he was involved in the formation of Bell Labs Ireland in Dublin, Ireland creating the Supply Chain Analytics Research group doing research in the areas of optimization, game theory and operations research. This led to becoming the director of Bell Laboratories North America running the operations across the country running the IT infrastructure, financial operations, US government compliance, research collaborations, construction of new labs and administration. In addition, he was involved with the establishment of the Lucent Technologies’ Product Realization Center, which was a novel way of designing, producing, distributing and servicing next generation wireless network equipment providing the mobile wireless needs for companies like Verizon Wireless, Sprint and MetroPCS.

As an entrepreneur, Ben helped create both non-profit and commercial organizations. He was involved in the formation of various non-profits, including the Volunteers for Medical Engineering, which creates assistive technologies for people with disabilities and the World Children’s Day Foundation, which is focused on peace education for children. He was a partner in 2 real estate partnerships, Chatham Capital Investors and Summit Real Estate Investors, developing land in the areas of Chatham, New Brunswick and Princeton, and was the operations lead to build a company, BrainWorks, to create, produce and deliver computer accessories for children. He is the VP for Marketing at the Greater North Jersey Chapter of APICS and serves as an elder at the New Providence Presbyterian Church and chairs the pastor nominating committee.

Ben has earned a BS and MS degrees in Electrical Engineering and Computer Science from Johns Hopkins University and an MBA in Finance from Columbia University. He has published and holds several patents in operations research and mobile technologies. Through his involvement in the various organizations, he received various awards including President George W. Bush’s Thousand Points of Light, the Shingo Prize for Excellence in Manufacturing, IndustryWeek’s Best Plants Award, NJ’s Governor’s Environmental Excellence Award, Phillip Crosby Award for Manufacturing and several Bell Lab’s Gold and Silver awards.