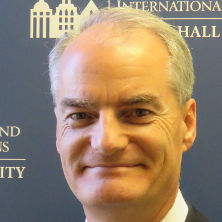 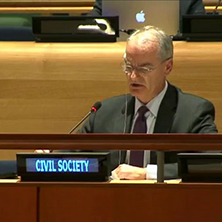 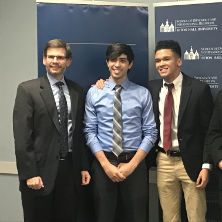 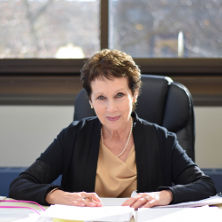 As Sharkey Distinguished Visiting Scholar of the School of Diplomacy and International Relations since 2015, it is a privilege to continue advocating for effective US participation in international, multilateral processes, including at the United Nations. I am an international affairs scholar and career diplomat having served the US Department of State for 32 years.

My expertise on U.S. participation in the United Nations is supported by twenty-six years of experience working with the UN Member States and Secretariat which places me among the longest-serving member of the US Delegation to the UN in history. There I developed broad expertise on key areas of UN activity and foreign policy challenges facing the United States. My portfolio included economic and social affairs, UN management and reform, political affairs, and peacebuilding. I worked with senior US Congressional figures to spearhead UN institutional and managerial modernization, which resulted in U.S. Senators releasing a payment of $1 billion in U.S. arrears to the UN in 2000, a major portion of its budget. As a result, I served as Senior Fellow on the staff of Senator Mike Enzi (R-WY), member of the Senate Foreign Relations Committee (2001-2002). At Seton Hall I teach graduate courses "Politics at the UN: Relevance and Reform" and "Security Council Issues". There I guide students through in-depth analyses of the growing number of issues on the UN agenda. Students examine what the UN does and the challenges it faces as well as explore possible UN reforms, which could pave the way for greater organization effectiveness in the future.

I also advise the School's UN Studies Graduate Certificate program, am a Fellow with its Center for UN and Global Governance Studies, and assist with professional development. I enjoy speaking formally on the relationship between the United Nations and the International Olympic Committee and more generally on the topic of sport diplomacy. Other interests include Bermuda-US relations over the centuries.

As a member of the Academic Council on the UN System, I encourage students to bring themselves as early as possible to the environments of international affairs practitioners. As a contributor to FOX News and other media outlets, I bring the classroom to the public and attempt to demystify aspects of international affairs that impede understanding of the issues and interests at stake. For a biographical page, please click here..