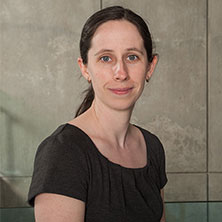 Inside the Core This Week: Ellen Scully, Ph.D., Presents on Her New Book 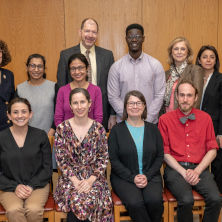 Ellen Scully specializes in the theology of early Christianity. She recently co-edited a book on the methodology of studying early Christian theology, New Narratives for Old: Reading Early Christian Theology Using the Historical Method (CUA Press, 2022). Her first book, Physicalist Soteriology in Hilary of Poitiers (Brill, 2015), argued that Hilary of Poitiers is a proponent of "physicalist soteriology," in which some effects of the incarnation apply universally to all humans, believers and unbelievers alike. Her current research explores physicalist soteriology, as an extension of the belief of human unity in Adam, in early Christianity. Her recent courses include To Know God: Introduction to Roman Catholic Doctrine, The Fathers of the Church, Life of the Soul: Introduction to Catholic Prayer and Spiritual Traditions, Morality Through Fiction, Is Business Moral?, and American Hispanic Catholic Spirituality.

Inside the Core This Week: Ellen Scully, Ph.D., Presents on Her New Book