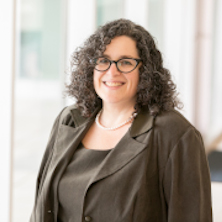 C. Lynn Carr is a sociologist of contemporary identification in the U.S. who studies the interplay between the individual and the social, predominantly employing qualitative methods. Dr. Carr's early scholarship focused on issues of gender and sexual identification, particularly on the intersection of gender and sexuality, tomboyism (and female masculinity more generally), and bisexuality. Published work can be found in Gender & Society, Symbolic Interaction, Sex Roles: A Journal of Research, and Journal of Bisexuality.

Dr. Carr's more recent scholarship investigates issues of religious identification in the U.S. The bulk of this work involves a mixed-methodological project on Afro-Cuban Lukumi (Santería) and Ifa that culminated in a book, A Year in White: Cultural Newcomers to Lukumi and Santería in the United States (Rutgers University Press, 2016). The book explores timely issues concerning religious identification in globalizing, multicultural contemporary U.S., including insider/outsider status, belonging, deviance, ethnic diversification, and faith. Based on the same work, she has also published an article in Sociology of Religion: A Quarterly Review.

Running through Dr. Carr's scholarship are themes of the social construction of aspects of identity often dismissed as natural, learning from those at the margins of social groups or categories, and considerations of the socio-cognitive realm. Dr. Carr has published cognitive-sociological analyses of sexual orientation, bisexuality, and multiple religious participation.

Dr. Carr has begun gathering data for a study exploring contemporary Jewish identity in the U.S. and particularly Jewish Reconstructionism. The new project may examine the relationship between religious and political identification, boundaries around Jewishness, and issues of faith and religious identification amidst skepticism.