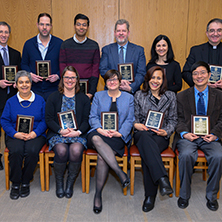 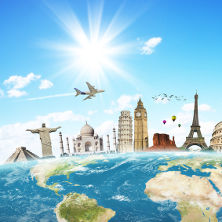 Department of History Symposium on Travel and Tourism

I am a historian of the post-World War II United States specializing in the histories of childhood, the Cold War, and America in the world. I’m particularly interested in the ways in which culture shapes politics, and this focus is at the center of both my research and my teaching. My book, Raising the World: Child Welfare in the American Century (Harvard University Press, 2015), explores the nexus of culture and politics by examining American efforts to assist children around the world during the three decades following the Second World War. Child welfare programs, I argue, were at once humanitarian gestures and political projects aimed at expanding the United States’ global hegemony. Americans believed that U.S. methods of child rearing could prevent the rise of future dictators, curb the appeal of communism, and facilitate economic development around the world. At the same time, the prominence of international child welfare programs within the United States taught ordinary Americans—many of whom contributed funds and even built relationships with foreign children through sponsorship programs—to view their country’s forays overseas as acts of charity, not imperialism.

I am also the co-editor of Growing Up America: Youth and Politics since 1945, a collection of essays on youngsters and American politics co-edited with Susan Eckelmann Berghel and Paul Renfro. By unveiling how science fairs, breakfast nooks, Boy Scout meetings, home economics classrooms, and correspondence functioned as political spaces, this anthology encourages a reassessment of the scope and nature of modern politics itself.

My current book project, Shopping for Empire: American Tourists, Consumption, and Power after World War II, is a history of American tourism overseas that focuses on souvenir-hunting and shopping.

Department of History Symposium on Travel and Tourism