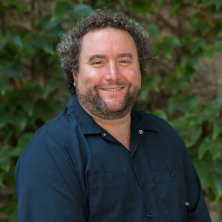 STEM Pathways for Students through Research and Mentorship 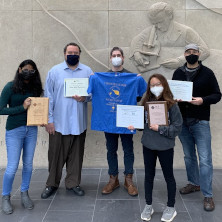 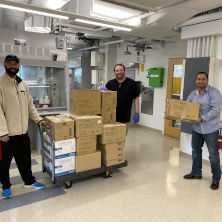 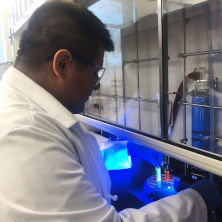 Joseph Badillo received his B.S. in Chemistry from California State University, Long Beach in 2008, where he worked with Professor Paul Buonora. He then earned his Ph.D. from the University of California, Davis in 2014, working in the area of asymmetric catalysis with Professor Annaliese Franz. After which he undertook a postdoctoral research position with 2021 Nobel Laureate Professor David MacMillan at Princeton University. Joe joined the faculty at Seton Hall University in the fall of 2017.

Research in the Badillo lab is centered around the development of new catalytic reaction platforms for organic synthesis. We are interested in the use of visible light to modulate the reactivity and selectivity of organic reactions. In addition, we study systems that exploit the reactivity of cationic and anionic catalysts. Our lab is also interested in applying contemporary catalysis, such as photoredox catalysis, to the synthesis of biologically relevant small molecules and natural products. Through collaborations, we investigate the biological activity of compounds synthesized in our lab.

STEM Pathways for Students through Research and Mentorship