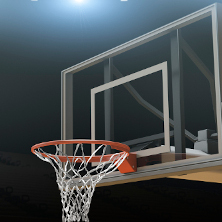 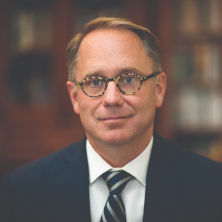 Video Available of Panel on Duty to Plan – After COVID

Panel on COVID and the Duty to Plan 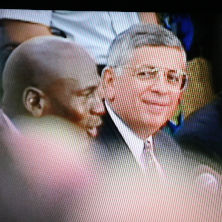 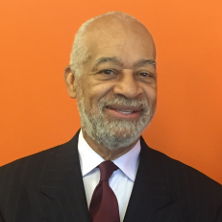 Professor Charles Grantham in The New York Times on NFL 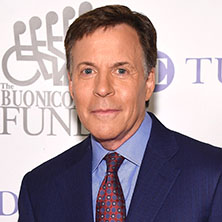 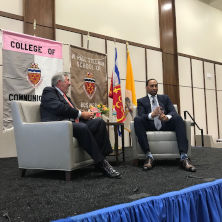 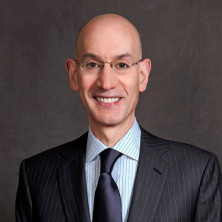 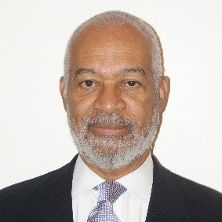 Prof. Charles Grantham in The NY Times and TRNN 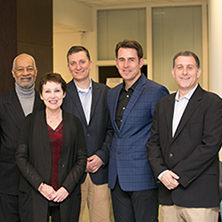 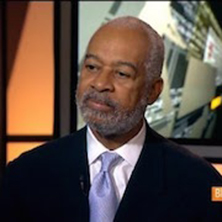 Professor Grantham in The Undefeated, on Wharton Radio

Charles Grantham is deeply involved in professional sports. Mr. Grantham has represented or advised NBA players including Charles Oakley, Amare Stoudemire, and Tobias Harris. Currently, he is Director of the Center for Sport Management at Seton Hall University's Stillman School of Business where he was an Adjunct Professor from 2004-2015, teaching a graduate course entitled "Negotiation and Dispute Resolution in Professional and Amateur Sports." For four consecutive academic years (2011-2015) he received a Stillman School Adjunct Professor Excellence Award. Prior to joining Seton Hall, he was a Visiting Clinical Assistant Professor in New York University's School of Professional Studies, Tisch Institute for Sports Management, Media and Business, where he taught courses in Sports Management, including "Antitrust and Collective Bargaining in Professional Sports" and "Contracts and Negotiations." Mr. Grantham was a consultant to the plaintiffs in the Ed O'Bannon vs. NCAA lawsuit and its counsel, Michael Hausfeld. He has served as a Senior Fellow with the Wharton Sports Business Initiative at the University of Pennsylvania.

Mr. Grantham played a pivotal role in the advancement of the National Basketball Association (NBA.) The former union executive with the National Basketball Players Association (NBPA) from 1976 to 1995, he served as its first Executive Vice President from 1978 to 1988 then its first Executive Director from 1988 to 1995. He transformed the NBPA from a mere bargaining unit to a multifaceted organization designed to enhance the League’s image and protect the NBA’s greatest asset—its players.

As a principal negotiator, Mr. Grantham helped to establish the League's four historic Collective Bargaining Agreements between 1980 and 1995 and was an architect of the industry's first revenue-sharing/salary cap business model—a multi-billion dollar labor contract. In 1984 the NBPA procured a defined percentage of gross revenues (53%) for NBA players, as well as instituted a free agency system, unique to professional sports, that allowed players to negotiate freely with other teams based on the player's years of service. In 1993 Mr. Grantham won a $100 million settlement from the NBA on the players' behalf in a case exposing underreporting of revenues normally due players under the salary cap agreement.

Mr. Grantham instituted the first rookie orientation program in professional sports to help prepare players and their families for the rigors of life in the NBA. He developed visionary educational and counseling programs for NBPA members in such areas as financial planning and preparation for a second career, and he innovated the NBPA/NBA drug policy in 1983 that went on to serve as a model for corporate America. Perhaps most innovative of all was the Pre-Pension Benefit Plan which established a trust fund for each player to provide an income stream for the years between retirement and pension eligibility.

Mr. Grantham also created an agent regulatory system in response to the excessive fees charged to players by agents since the 1970s. The system mandated that agents representing professional players be licensed by the NBPA and reduce their agent fees from 10% to a maximum of 4%.

In developing labor agreements on behalf of players, he recognized the need for owners and players to compromise and reach positive solutions for the advancement of the sport.

The productive partnership that the NBA and its players enjoyed during this era is evidenced by the players’ participation in the Olympic Games of 1992. The Dream Team exploded onto the world stage and helped make the NBA the global brand it is today. As a member of the Selection Committee, Mr. Grantham negotiated the terms and conditions of the Dream Team's play. At his insistence, NBA Olympic team members received one-third of all licensing revenue generated by USA Basketball. To advance basketball internationally, he travelled extensively with the players, culminating in visits to South Africa at the invitation of Nelson Mandela.

His thorough knowledge of the business of sports and his vision in promoting the personal development of professional athletes has placed Mr. Grantham in demand. He has been a keynote speaker and lecturer for numerous organizations and universities and has appeared frequently in the media. In 2012, he addressed the Ninth Circuit Judicial Conference on the panel: "Federal Courts, Federal Law and Professional Sports Emerging Trends in Antitrust, Labor and Intellectual Property." In 2011, he served as an expert analyst during both the NFL and the NBA lockouts for Bloomberg Television News. Mr. Grantham has authored articles featured in The New York Times, SportsBusiness Journal, and SI.com, in which he proposed a method by which college athletes can share in revenue generated by the use of their likenesses. The most recent post on SI.com is "With college sports at crossroads, the unspoken problem is race."

President Ronald Reagan appointed him a member of the White House Conference for a Drug-Free America, helping to develop public policy to combat drug use. Mr. Grantham testified before Congress regarding drug policies in professional sports and, later, collegiate/professional eligibility (Herschel Walker-USFL). He was regularly listed among The Sporting News's "100 Most Powerful People in Sports." In 2000, he was co-executive producer of the TNT documentary about the former New York Knicks and New Jersey Nets star Micheal Ray Richardson. Whatever Happened to Micheal Ray? earned the Emmy Award for Outstanding Sports Documentary.

Prior to joining the NBPA, Mr. Grantham was Director of Admissions and Financial Aid at the University of Pennsylvania's Wharton School, Graduate Division. Mr. Grantham also possesses a comprehensive professional background in Industrial Relations which he gained from his experience with General Electric Corporation and RCA. In addition, Mr. Grantham taught at the secondary level where he also coached basketball, football and track.

Mr. Grantham earned a Bachelor of Science degree in Social Sciences from Cheyney University of Pennsylvania, where he captained its nationally-ranked basketball team for three years and was class president. Upon graduation, he received the Gentleman-Scholar-Athlete Award and the President's Citizen Award. He was voted into its Basketball Hall of Fame in 1992.

Mr. Grantham holds a Master of Business Administration degree from The Wharton School and has completed all doctoral course work in Administration and Organizational Management at the University of Pennsylvania's School of Education. He also completed Wharton's Executive training in Negotiation and Dispute Resolution. In 2002, he was appointed Adjunct Professor at Wharton, teaching Negotiation and Dispute Resolution to MBA students, and served for two academic years.

Mr. Grantham consulted with the National Lacrosse League from 2002 to 2005 and negotiated the League's bargaining agreement with its players. He advised the Chairman of the Washington, D.C. Sports and Entertainment Commission from 2004 to 2007 to bring the Washington Nationals of Major League Baseball to the District.

Video Available of Panel on Duty to Plan – After COVID

Panel on COVID and the Duty to Plan

Professor Charles Grantham in The New York Times on NFL

Prof. Charles Grantham in The NY Times and TRNN

Professor Grantham in The Undefeated, on Wharton Radio