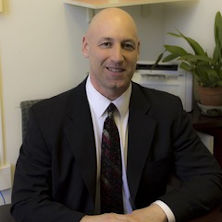 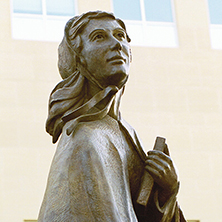 Anthony has his law and social work degrees, is an educator, clinician, development professional, licensed social worker and counselor, multifaith spiritual practitioner, and leader. He has over 20 years of spiritual and clinical counseling, coaching, and teaching experience, as well as nonprofit leadership and management experience.

He serves as Assistant Professor in the Bachelor of Social Work Program in Seton Hall University's Department of Sociology, Anthropology, and Social Work. He also serves as Adjunct Professor in New York University's Silver School of Social Work, where he has been teaching courses in social justice, nonviolent peacemaking, multifaith leadership and spirituality for the past 13 years. He and a former student partnered with Vietnamese Zen Master Thich Nhat Hanh (Thay), nominated for the Nobel Peace Prize by Dr. Martin Luther King, Jr., to create the mixed-media films Planting Seeds of Mindfulness for Children, based on the book written by Thay and his Plum Village community, a favorite at the Illuminate Film Festival, and The 5 Powers, which won best film at The People's Film Festival in Harlem, NY. Anthony also helped found Newark New Jersey's Cristo Rey High School and practices clinically at Mental Health Counseling and Wellness in Wayne, NJ.

Previously, he served as Chaplain to the College of Law and School for New Learning via DePaul University's Center for Spirituality and Values in Practice, which he co-founded. He also co-founded, and designed and taught numerous courses in DePaul's Peace, Conflict Resolution and Social Justice Studies program. He has led numerous peacemaking workshops, retreats and healing circles, and presented on panels pertaining to Spirituality and Social Work, Social Justice and Peacemaking, and Public Policy and The Politics and Practice of Peace. He has been arrested or detained some 20 times for nonviolent civil disobedience. He was interviewed for the PBS documentary Where We Stood: Chicago's Resistance to the War on Iraq, nominated for an Emmy. He was featured in articles on academics and activism and the living out of Dr. King's nonviolent vision in the Chicago Tribune and Chicago Sun Times. Nobel Peace Prize Laureate Mairead Maguire invited him to speak at a peace-building conference in Belfast, N.I. Arun Gandhi invited him to present workshops at Gandhi Institute conferences, where he co-presented with youth leaders. Having served on the National Council of the Fellowship of Reconciliation, the nation's oldest and largest interfaith peace organization committed to nonviolence, he continues to work with the organization as a mission advancement consultant.

He spent six years as a member of the Society of Jesus (the Jesuits), a religious order in the Roman Catholic tradition. As a Jesuit, he completed the Ignatian Spiritual Exercises, a thirty-day silent retreat, and worked internationally and domestically in prisons, hospice facilities, inner-city parishes and schools, and legal and social service centers. He lived and worked in India with Mother Teresa. He worked with, and served on the Board of, the Brothers and Sisters of Love, a gang ministry and outreach program in Chicago. He also lived in Latin America, working with community organizations and victims of war and violence. After leaving the Jesuits, he lived and worked at the Camden Leavenhouse Catholic Worker community serving the homeless and hungry. He also worked as a clinical social worker at Guadalupe Family Services in Camden, founding Together Across Generations, a program dedicated to building stronger ties between disadvantaged youth and the grandparents raising them.

He received his B.A. from Georgetown University. He studied law at the Georgetown University School of Law as a Public Interest Law Scholar and completed his Juris Doctor, J.D., at DePaul University College of Law in Chicago. He received his Master of Social Work, M.S.W., from Loyola University, Chicago where he also completed graduate studies in Philosophy and Theology. He received his Doctor of Social Work, D.S.W., from Rutgers University, with a concentration in social justice pedagogy and practice. His Teaching Note, "Circle of Insight: A Paradigm and Pedagogy for Liberation Social Justice Social Work Education," was recently published in the Journal of Social Work Education (JSWE). His multimedia project Circle of Insight, www.circleofinsight.org, is a resource to social work educators and all interested in social justice pedagogy and practice."