This article was originally published in The Setonian on April 7, 2020. 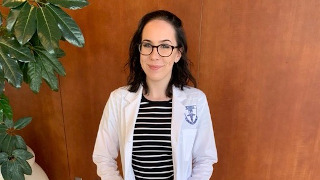 When New Jersey Governor Phil Murphy put out a call for volunteer medical workers on March 27, the state was already well entrenched in the worldwide war against COVID-19. By that point, in New Jersey alone, over 8,000 individuals had tested positive for the virus and 108 New Jerseyans had died. But that was then.

In the weeks since, case and fatality numbers have risen dramatically, topping nearly 45,000 positive cases and 1,200 deaths as of Tuesday.

But for Seton Hall nursing student Cara Underwood, this is a war she is already well acquainted with. Underwood, a junior at Seton Hall, began working as a nursing assistant at St. Peter's University Hospital in New Brunswick back in December — just a mere four months ago, yet long before the call for nursing and medical student volunteers went out or anyone had ever even uttered the phrase COVID-19.

In the months since she started, Underwood has been on the front lines of the pandemic which has been ravaging the New York Metropolitan area since mid-March, placing immense strain on the regional health care system and its employees, including those at St. Peter's, prompting states to open field hospitals to handle the influx.

As a nursing assistant prior to the pandemic, Underwood's floor worked primarily with cardiac patients, with Underwood performing many of the basic duties to assist the primary nurses. "I would take vital signs every four hours, answer patients if they need anything basic, we would take blood sugars," she said. "Just assisting the nurses in however they needed."

But by the end of February, St. Peter's began to see massive changes in its day-to-day operations.

Underwood's floor was converted early on to a COVID-19 patient step-down unit, handling patients who either did not quite need to go to the intensive care unit but still needed additional medical assistance or were coming out of the ICU and needed to be monitored.

When Underwood first spoke with The Setonian on March 29, her floor and the ICU were the only two areas of the hospital being used to treat COVID-19 patients. But by April 6, as cases and deaths in the state continued to rise by the hundreds and thousands, all but one of the five floors of the hospital had become COVID-19 floors. The one floor left was kept for immunocompromised patients, such as those who are going through chemotherapy.

"We are understaffed most of the time," Underwood said, noting that many nurses have begun to call out sick because of possible or confirmed exposure. "So, we've definitely felt a shift toward more extreme COVID cases over the last week."

The job Underwood is doing now is a far cry from the work she was doing just a few months ago. Since the start of the pandemic, she has gone from working 24 hours a week to 40 hours a week and has been given more responsibility as hospitals grapple with severe understaffing and patients overwhelm hospital capacities. 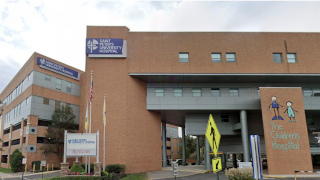 Prior to this week, Underwood said no one had ever died while she was working. "I've been working here since December and I never have seen a code blue. No one on my floor has ever died during my shift and I worked a lot before this," Underwood said. "Normally things happen, and they end up in the ICU and the ICU is where you see the deaths. But we're just seeing it happen so quickly and also the ICU is so full that we're starting to get those more severe cases on my floor.

"Over the weekend we had two deaths, which like I said, I'd never seen one before as a nursing student. I mean, you have two back to back. It was," Underwood paused. "It was unreal."

Underwood said that the speed with which seemingly mild patients have deteriorated has left her taken aback.

"We're really seeing the rapid deterioration in these older folks, you know, 60 and older where we're just unable to keep their oxygen saturation up," she said, adding that usually patients would typically just be put on a few liters of oxygen and their saturation would rise back to normal levels. "But we're just seeing such a resistance in the lungs that at a certain point we can't give them any more oxygen and they have to be intubated," Underwood said. "It's really been a struggle to try to find ways to keep them from deteriorating when it happens so intensely."

Despite the danger, Underwood said that because of a lack of personal protective equipment, otherwise known as PPE, her hospital has asked staff to begin reusing their disposable gowns and N95 respirators "indefinitely," putting staff at an increased risk of exposure to the virus. A nurse from Underwood's floor recently tested positive for COVID-19, requiring care in the ICU. The nurse's family also tested positive and required hospitalization.

"It just seems unreal how that's supposed to be protective for us," she said. "It's scary. But we're working with it. I mean, they say this is what we signed up for. I'm not sure if we signed up to be unprotected while we're in the workplace, but we try to do our best."

Underwood doesn't lay blame at the feet of her hospital for the lack of PPE, who she says is doing everything they can to protect their workers, but says that her and her colleagues are just trying to do whatever they can to care for their patients, and that means protecting staff from exposure as well.

"We get daily emails from our hospital about the amount of positive COVID-19 patients that we're currently caring for. But there's obviously a much bigger population of what we call PUIs, which are patients under investigation," Underwood said. "Those are patients that we're awaiting results for, and they're treated the same as if they were positive, so the COVID floors are a mix of those patients as well."

Despite the dire situation, Underwood says that her commitment to her profession hasn't wavered.

"I've always known I wanted to help people. And the truth is when, when I'm in those rooms and I'm helping these people I know that it's what I'm supposed to do. They're scared, too, dealing with this virus," She said, noting that this experience, though dire, in many ways has helped reinforce her feelings towards nursing.

"Before I worked in the hospital, [nursing] was this thing that I was working towards, you know? Getting to be a nurse and caring for people," she said. "And now that I'm on the battlefield, so to speak, it's more of a reality. It's not the perfect nurse life that I may have envisioned but I know I'm still supposed to be here."