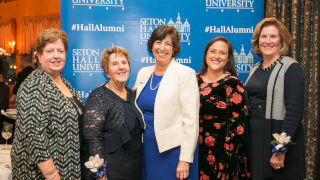 The 2019 Margaret C. Haley Awards were held at Pleasantdale Château on October 14, honoring distinguished graduates from the College of Nursing who have influenced an ever changing healthcare industry for the better.

Here are this year's honorees:
Rebecca Rondinella '11 is the recipient of the Elizabeth Ann Seton Young Alumni Award, which honors those who have graduated from the College of Nursing's undergraduate or graduate programs within the past 10 years and have distinguished themselves through their professional nursing achievements. After graduating from Seton Hall in 2011 with a Bachelor of Science in Nursing, Rebecca went on to work at Saint Joseph's University Medical Center Emergency Department for six years. When she earned her Board Certification in Emergency Nursing, she worked extensively in the level 2 trauma center as well as the pediatric and geriatric EDs and emergency psychiatric unit. While there, she obtained the R.N. stars award by implementing a community outreach fall prevention program (which is still in use). Rebecca's interest in global health began her junior year at Seton Hall after a trip to the Philippines. Since college, she has been on three medical missions to the Philippines and Peru, as well as to Haiti. With her mother, a cancer survivor, inspiring her, Rebecca decided she was ready for a change and took a position at Memorial Sloan Kettering Cancer Center in their Interventional Radiology department in September 2018.

The Nelson Aquino Humanitarian Award, presented to an outstanding individual who has taken his/her education from Seton Hall University College of Nursing and is using it to serve those in need, was awarded to Anne B. Connor '78/M.P.A. '94. In 1978, Anne B. Connor graduated with her B.S.N. from Seton Hall's College of Nursing, then received a M.P.A. in Health Care in Management. After working as a nurse in upstate New York and New Jersey, she returned to Seton Hall in 2000 to complete the School Nurse Certification Program. Since 2001, she has worked as a Certified School Nurse at Bernards High School in Bernardsville, New Jersey, where she was honored as Teacher of the Year. In 2015, Anne completed the Master of Arts in Education: School Nursing and Health Education program at Felician College. Anne is an avid Seton Hall Pirate Basketball fan and has been a season ticket holder since 1978. Anne serves as the president of the Seton Hall College of Nursing Alumni Association. Anne lives in Basking Ridge, New Jersey, with her husband, Joe, and has three adult children: Brian, Associate Athletic Director at Seton Hall; Joseph, Finance Analyst at Merck; and Colleen, R.N. Assistant Manager Thoracic Surgical Unit, Morristown Medical Center.

Judith Schmidt, M.S.N. '93, is the recipient of the George J. Hebert Leadership Award which recognizes an individual who is an established leader and has made a significant contribution to the profession of nursing, as well as holds leadership positions within professional nursing organizations and/or has made an important impact on healthcare policy. Judith Schmidt is the current CEO of the New Jersey State Nurses Association and the Institute for Nursing. Judith has been an active member of NJSNA for over 30 years. She has held numerous volunteer positions within the association from Regional President to State President. Judith received her associate degree in applied science from Ocean County College, a bachelor's degree in nursing from Richard Stockton State College and a M.S.N. from Seton Hall. Currently, she is enrolled in the Doctor of Health Administration (DHA) Program at Capella University. Judith is certified in critical care nursing from the American Association of Critical Care Nurses. She has been active in the community having served on several community-based fundraising committees. In addition, she has presented on various topics including nursing politics to nursing schools, nursing associations and acute care hospitals. 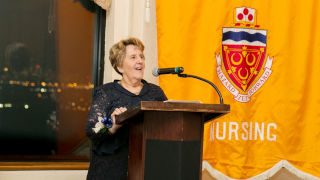 Lastly, the Margaret C. Haley Distinguished Alumnus Award was awarded to Associate Professor Linda Ulak '75/Ed.D. '91. Linda Ulak started teaching at the College of Nursing in Fall 1986. She then served as an associate dean from 2002 until 2014, before returning to the classroom to continue teaching. She also has held positions as academic director for the online R.N./B.S.N. program, chair of undergraduate nursing and director of the Accelerated Nursing Program. Linda also worked in the clinical environment at St. Elizabeth Hospital (now Trinitas Hospital) in Elizabeth, New Jersey. A proud Seton Hall Pirate, Linda earned both a B.S.N. in 1975 as well as a Doctor of Education in 1991. She completed her master's degree in Adult Nursing Education at Wagner College. Her teaching assignments have included pathophysiology and pharmacology as well as several clinical courses. During her tenure at Seton Hall, she has served on many university and college committees, including the University Academic Integrity Committee and the College Cultural Diversity Committee.

The recipient of the Margaret C. Haley Distinguished Alumnus Award is selected each year from nominations submitted by the College of Nursing faculty and alumni and is distinguished by one or more of the following: holding a position of responsibility and leadership and/or accomplishing significant achievements in the healthcare field, contributing to community and civic affairs, or contributing to either the support or prestige of the University. The award is named after Dean Margaret C. Haley, who served the University from 1951 through 1967.

Your kind donation is most appreciated and can be made here » 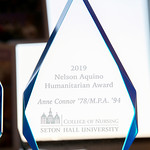 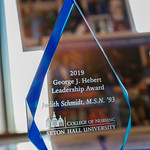 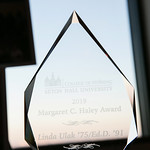 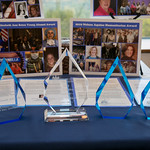 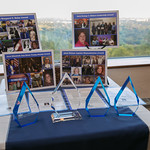 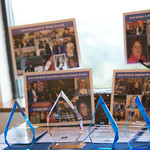 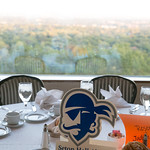 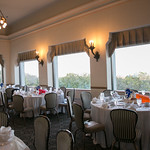 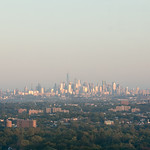 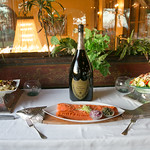 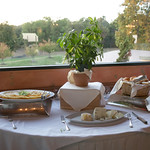 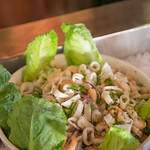