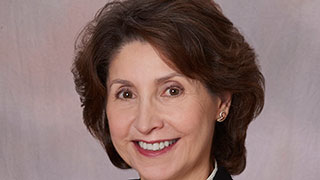 Maryanne Barra-Schneider, D.N.P., associate professor in the College of Nursing, recently led a day-long workshop for new medical doctors at Saint Barnabas Medical Center in Livingston, N.J. titled "Internal Medicine Boot Camp 2018." The program was launched this year in order to provide practical skills training for M.D.'s in their residency in areas such as starting an IV, drawing blood, insertion of catheters, taking arterial blood gas, and other seemingly obvious tasks that can be taken for granted during the traditional process of studying medicine.

"In medical school, students are focused on content, and that is what they walk away with," states Samantha Singh, M.S.N.'13, regional director of simulation labs at St. Barnabas Medical Center, and a former of student of Barra-Schneider's. Singh devised and coordinated the boot camp to offer M.D.'s just beginning their residencies an opportunity to gain confidence in the simple tasks most people expect of healthcare professionals, yet are usually only learned after periods of extended professional practice. "This workshop was created as an important bridge in applying all of that content immediately as opposed to learning as you go. That is not good for the patient and is one reason why medical errors can sometimes occur," she continues.

According to Barra-Schneider, the day began with some didactic work, followed by an afternoon of abundant application of skills in a one-to-one format. "This is helping students at their level," she states. Among other procedures, students use artificial arms with imitation blood to conduct a proper blood draw. These simulation models, commonly referred to as task trainers, are designed to act in the same manner as a human arm. If the draw is done incorrectly, it is readily apparent and can be addressed through further practice. Inserting catheters, an intricate process that is different for males and females, is another opportunity to become confident in care delivery without compromising an actual person’s comfort or safety. 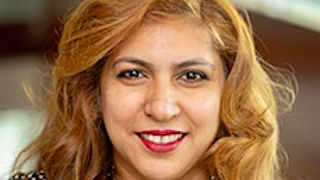 Gaining confidence is the principal objective of the boot camp, and is of paramount importance in the doctor-patient relationship. Singh remarks that doctors are "beacons" to the patient. People look to them for knowledge, and even if they are not conducting a procedure themselves, the ability to describe the process and the result instills a higher level of trust.

Most good medical doctors only want to become better, and the 14 internal medicine residents that participated did so at their own request in an attempt to reduce an historically silo-like atmosphere among other healthcare providers. The end result fosters morale and brings about greater teamwork much earlier in a professional environment.

"Healthcare is now an international arena," states Singh. "What are they all learning, and what can they learn from each other?" It is the reason why education for M.D.'s, nurses and other healthcare providers is moving further towards a more interprofessional approach, with Seton Hall University becoming one of the few institutions in the world to launch a new state-of-the-art interprofessional health sciences campus in Nutley, N.J. that will comprise the College of Nursing, the School of Health and Medical Sciences and the new Hackensack Meridian School of Medicine at Seton Hall University in fall 2018.

The chief of residents remarked that it was one of the most powerful sessions the hospital had held in a while, and he only wished that he had a similar opportunity when he began his residency. He felt that mastering these skills early empowers new M.D.'s, not only in their abilities to provide the best care, but in psychological and emotional ways that make them more effective in high stress situations.

The success of the "Internal Medicine Boot Camp" indicates that the hospital will sponsor further versions in the forthcoming years. According to Barra-Schneider, "These new doctors were very receptive to learning these basic skills, and that commitment and passion is what will make them even greater at the beginning of their careers. They had the knowledge. Now they're also practically well prepared."

Maryanne Barra, DNP, RN, FNP-C, is a clinical associate professor for the Undergraduate and Graduate Departments at Seton Hall University College of Nursing, South Orange, NJ. She has worked in a variety of settings including med-surg, maternal/child, community,acute, chronic, critical, and long-term care. Dr. Barra maintains clinical practice as a hospice FNP.