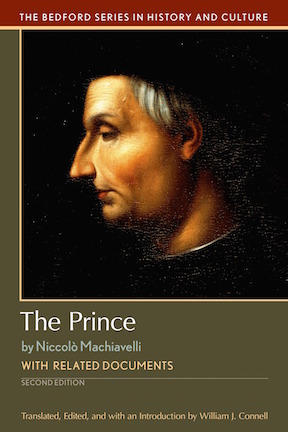 Soon after its publication in 2005, Professor William Connell’s translation of Niccolò Machiavelli’s classic book, The Prince, became a standard version assigned in History, Political Science and Leadership classes at universities around the country. Considered by many to be the foundational text of modern political thought, The Prince remains, even after 500 years, among the world’s most frequently sought-after texts. Now the publisher, Bedford/St. Martins, has issued a new edition of the text in which Connell has thoroughly revised the translation and commentary to take into account the significant discoveries that have been made in Machiavelli scholarship in the past ten years.

Many of these new finds concerning The Prince were made by Connell himself. Thanks to years of intensive archival work he was able to establish that Machiavelli was not in exile when he wrote his great book, as was commonly believed, but rather coming and going from Florence, where he had access to that city’s great intellectual resources. Recently, too, Connell resolved a longstanding debate concerning the dating of The Prince by showing that Machiavelli completed it in 1515, in time to present it to the young member of the Medici family who was then establishing his formal control over Florence. 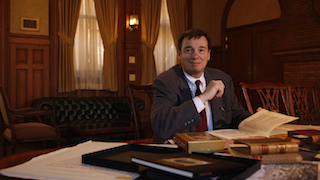 The importance of Connell’s research is best highlighted by noting its warm reception in Italy, where it is rare for English-language scholars to achieve his level of recognition. Connell’s archival discoveries concerning Machiavelli were collected in a book published by Franco Angeli of Milan in October 2015 titled, Machiavelli nel Rinascimento italiano—a book that has already been well-received and widely reviewed in the Italian press.

Another publisher, Pensa Editrice of Lecce, will soon issue an edition of Machiavelli’s Prince (in its original language) accompanied by a translation of Connell’s Introduction and Commentary from the new revised English translation, thus making Connell’s presentation of the text widely available to students in Italian universities.

Professor William J. Connell holds the Joseph M. and Geraldine C. La Motta Chair in Italian Studies at Seton Hall University. He has been a Fulbright Scholar, a Harvard/I Tatti Scholar, and Member of the Institute for Advance Study, Princeton. His many books and articles on Machiavelli and the Italian Renaissance led the Corriere della Sera newspaper to call him “one of the most illustrious American scholars of the Italian Renaissance.”