Dante and the Human Identity: A Transformation from Grace to Grace 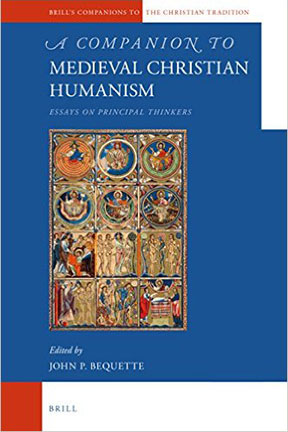 Dr. Nancy Enright, Associate Professor of English and Catholic Studies, recently contributed the chapter, "Dante and the Human Identity: A Transformation from Grace to Grace," in A Companion to Medieval Christian Humanism: Essays on Principal Thinkers.

Dr. Enright's recent publication outlines the ways in which Dante uses Virgil in the Divine Comedy, as an example of Christian humanism in the Middle Ages. She argues that while Dante balances an enormous respect for Virgil as a guide and inspiration, he also “baptizes” many images and ideas from Virgil in a Christian way, also showing Virgil’s limitations. Dr. Enright thus concludes that as the best of what the classical world could offer (in Dante’s view), Virgil could give much but not salvation: he could point toward it, but Beatrice (symbol of God’s grace and, one might say, Christian theology) is necessary to lead one into Paradise.

The Department of Catholic Studies fosters Seton Hall University’s Catholic identity and mission, globally promotes Catholic thought and culture through its publications and lecture series and prepares students to become servant leaders through its academic and study abroad programs. These programs are led by faculty who explore Catholicism’s rich intellectual tradition and living heritage across a variety of disciplines including history, modern Catholicism, philosophy, theology, social service, art, music and literature. Moreover, the Catholic Studies undergraduate program offers a custom-built curriculum that affords students the opportunity to major, double major, minor, double minor or earn a certificate in Catholic Studies. For more information, visit the Department of Catholic Studies.