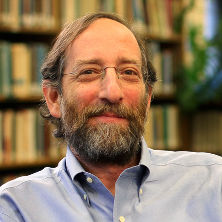 The occasion also commemorates the 65th anniversary of the founding of the Institute of Judaeo-Christian Studies, which is hosting and financially sponsoring the lecture in partnership with the New Jersey Commission on Holocaust and Genocide Education.

"Since the Second Vatican Council (1962-1965), the Catholic Church has issued a series of texts that are intended to guide Catholics in their relations with those of other religions. The Church understands our relationship with the Jewish people to be unique, linked intimately to our self perception as followers of Jesus the Nazarene. These documents have been read with interest by many Jews and studied by some," said Father Lawrence E. Frizzell, Director of the Institute of Judaeo-Christian Studies and the organizer of this year's Oesterreicher Memorial Lecture.

Father Frizzell explained, "The first response by a group of Jewish educators was published in The New York Times and elsewhere in September 2000. This document, Dabru Emet ("Speak the Truth," from Zechariah 8:16) was the work of Rabbi David Sandmel and several colleagues. He will discuss this and two texts issued by Jewish leaders in the context of the fiftieth anniversary of the Council's Declaration on the Church's Relation to Non-Christian Religions (Nostra aetate). This promises to be a significant opportunity for members of the University and surrounding community to learn more about Jewish-Christian relations on the national and international levels."

Memorial Lecture Speaker Rabbi Sandmel has served as Director of Interreligious Engagement at the Anti-Defamation League (ADL) of B'nai B'rith since 2014, succeeding Rabbi Eric J. Greenberg. In this role he builds on his experience as the Crown-Ryan Chair in Jewish Studies for the Catholic Theological Union in Chicago and as the Judaic Scholar at the Institute for Christian and Jewish Studies in Baltimore. There he managed the Jewish Scholars Project, which produced the significant text, "Dabru Emet: A Jewish Statement on Christians and Christianity" in September 2000. This document was the work of four scholars and was endorsed by Reform, Reconstructionist, Conservative and Orthodox rabbis and scholars. This brief statement has been set in the context of a series of essays by Jews and Christians. Christianity in Jewish Terms (Boulder, CO: Basic Books, 2000) builds on the points made in the statement Dabru Emet ("Speak the Truth," a text from Zachariah 8:16).

Rabbi Sandmel is an editor of Christianity in Jewish Terms and Irreconcilable Differences? A Learning Resource for Jews and Christians, and his commentary on First Thessalonians appears in The Jewish Annotated New Testament. He is the son of the famous Rabbi Samuel Sandmel (1911-1979), former professor of Hellenistic Judaism and the New Testament at Hebrew Union College in Cincinnati.

The annual memorial lecture at Seton Hall celebrates the strengthening of Catholic-Jewish relations and remembers Monsignor Oesterreicher's commitment to the fostering of interreligious dialogue through his work on Vatican Council II's statement of goodwill in Nostra Aetate, the "Declaration on the Relation of the Church with Non-Christian Religions."

Father Frizzell welcomes members of the community to join in reflections on the work of Monsignor Oesterreicher. The event is free and open to the public; however, registration is encouraged by contacting Lawrence.Frizzell@shu.edu, calling (973) 761-9751 or registering here.