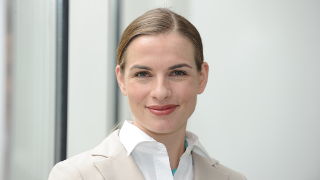 Professor Lewis has dedicated her legal career to international law, human rights and criminal justice, specifically in China and Taiwan.

Founded in 1921 the Council on Foreign Relations (CFR) is a nonprofit think tank specializing in U.S. foreign policy and international affairs. Its membership, which numbers approximately 5000, has included "senior politicians, more than a dozen secretaries of state, CIA directors, bankers, lawyers, professors, and senior media figures."

As noted by CFR, "Individual members include many of the most prominent leaders in international affairs who come together to engage in nonpartisan conversation on the most salient policy and governance issues of the day."

CFR, which publishes Foreign Affairs, offers two forms of individual membership, term and life, both of which are highly competitive and subject to nomination and then confirmation by current members. Prior to being elected a life member, which requires a member nomination which must be seconded by a minimum of three others, Professor Lewis was a term member.

In her role as a term member and an expert in Chinese law Professor Lewis has briefed members of Congress and their staff as well as worldwide media.

"I'm both thrilled and honored to be recognized by my peers in this august and dynamic body," said Lewis. "As CFR approaches its hundredth year, it is perhaps more important than ever: clear-eyed analysis of international issues is crucial as the United States navigates the COVID-19 era."

CFR meetings convene government officials, global business leaders and prominent members of the intelligence and foreign-policy community to discuss international issues, while members are frequently called upon to make recommendations to the presidential administration and diplomatic community, testify before Congress, brief members of Congress and their staff, engage with media, and publish on foreign policy issues.

"We are immensely proud of Professor Margaret Lewis," said Kathleen M. Boozang, dean of Seton Hall University School of Law. "This appointment affirms what we already know. She is among the most prominent leaders in international affairs working to tackle some of the most complex policy and governance matters – and here at Seton Hall Law she is hard at work educating the next generation of global leaders."