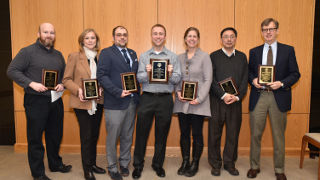 Faculty Researchers of the Year at the awards ceremony.

The University recently honored its 2018 cohort of Faculty Researchers of the Year, recognizing 11 faculty members for their accomplishments in the pursuit of new knowledge. This year's overall University Researcher of the Year Award winner was Robert Kelchen from the College of Education and Human Services, well-known for his research on the costs of higher education, and author of Higher Education Accountability, recently published by Johns Hopkins University Press. His findings have appeared in sources ranging from The Journal of Higher Education to Academe, and he is frequently sought out by the media for expert insight into this intricate topic. Among other influences, Kelchen's findings are credited with leading to a change in college financial aid paperwork that has made this painful task easier for thousands of parents.

Seton Hall also recognized nine outstanding full-time faculty as Faculty Teachers of the Year, with the overall winner being Catherine Zizik of the College of Communication and the Arts. Zizik, who was also nominated for the Teacher of the Year last year by the Association for Business Communication, has most recently taught courses such as Persuasive Speaking, Public Presentational Speaking and Great American Speeches. She is also the longstanding coach of Seton Hall's award-winning Brownson Speech and Debate Team. One student recommender paid Professor Zizik a high compliment: the student noted that she kept all of the class materials because of their usefulness to her daily life.

Several other great faculty teachers were recognized (see below). Noteworthy among them was the late Carolyn Bentivegna of the Department of Biological Sciences, who passed away in late 2017. One student recommender said of her: "Dr. Bentivegna was an extraordinary individual. Many who knew her attested to her love for her field and research, and her enthusiasm for sharing it with students and other interested people alike." Adjunct faculty member Tatiana Shiloff from the Department of Languages, Literature and Cultures, also inspired glowing student recommendations, and was the University winner for adjunct faculty member of the year.

Sponsored by Seton Hall's Strategic Plan From Strength to Strength and the Division of Academic Affairs, this program required peer nominations and student letters of endorsement. Among the benefits of both awards are a development fund, which faculty can draw from to attend conferences on teaching or research, to obtain equipment or publications relevant to their specialties, and other support purposes.

This year's other Researcher of the Year honorees include:

Pamela Adams, Management, Stillman School of Business, has published in journals such as Industry and Innovation, and Strategic Entrepreneurship Journal. As noted by her dean, "her research is informed by her extensive experience as an entrepreneur, and her work with colleagues around the globe."

Kristen Boon, School of Law, is an expert in what is called jus post bellum or the legal atmosphere in areas recovering from war or civil conflict. Her research, published in the Chicago Journal of International Law, among other venues, has been downloaded over 3000 times from the Social Science Research Network.

Monsignor Thomas Guarino, Immaculate Conception Seminary School of Theology, among his other research threads, is an expert on ecumenism and has been involved for 20 years with the ECT (Evangelicals and Catholics Together) movement. His recent research has appeared in the Josephinum Journal of Theology, and he has been interviewed on this topic for periodicals ranging from Alabama to the Netherlands to the Theologica app for the smartphone.

Yanzhong Huang, Center for Global Health Studies, School of Diplomacy and International Relations is known internationally and nationally as an expert on health and health care in China, and just in the past year has presented on this area in China, Brazil, the US and the UK. Published work has ranged from editing a textbook in Chinese to articles in China Newsweek to serving as editor for the journal Global Health Governance.

Michael LaFountaine, Physical Therapy, School of Health and Medical Sciences, conducts research in the important field of brain injury and has published his work in periodicals such as Spinal Cord and Experimental Physiology. He is also the PI or involved in several grants, from sources such as the Veteran's Administration and the NJ Commission on Spinal Cord Research.

Marianne Lloyd, Psychology, College of Arts and Sciences, publishes her work on memory and mindfulness in top journals such as Child Development, Memory and Cognition, and Quarterly Journal of Experimental Psychology, frequently with undergraduate and graduate student co-authors. Her national recognition is demonstrated by her recent stint as an Officer of the Psychonomic Society, an international organization for experimental psychology.

Mark Molesky, History, College of Arts and Sciences, continues to gain attention for his monograph The Gulf of Fire: The Destruction of Lisbon or Apocalypse in the Age of Science and Reason, which not only contributed to his Researcher of the Year Award but to other awards and recognition, including the 2016 Phi Alpha Theta Subsequent Book Award.

Daniel Nichols, Biological Sciences, College of Arts and Sciences, explores the effects of Molluscum Contagiosum Virus (MCV); his research in this area has been published in Virus Genes and Virology. He has also presented his research on teaching methods in Biology.

Courtney Starrett, Fine and Digital Arts, College of Communication and the Arts, has been described by her colleagues as working at the intersection of Fine and Digital Art, Computer Science, Materials Science and Chemistry, and is currently working on artifacts that exemplify a process called data materialization. Among other venues, she has recently presented work at the 2017 New York Silver exhibition.

Munira Wells, College of Nursing, studies the complex interactions among the families and caregivers of aging adults.

The other Teachers of the Year honorees include: 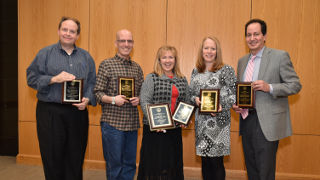 Faculty Teachers of the Year at the awards ceremony.

James Daly, Department of Educational Studies, College of Education and Human Services, was recognized for pedagogical methods, which one of his students regards as "outstanding," as he designs his lessons so that students are prepared for real-life situations as educators in their own classrooms.

Edward Hartnett, School of Law, was acknowledged for his teaching as well as his work in the Weekend Division, of which one of his students describes his course as "enjoyable, interesting, and interactive."Martin Edwards, School of Diplomacy and International Relations, has been praised for his teaching and dedication to mentoring students in courses, DIPL 6310 and DIPL 6002.

Amy Hunter, Psychology, College of Arts and Sciences, was recognized for her mentorship, advisement and success in providing students with a "consumer" framework that allows them to not only understand research methodology in Psychology, but helps them translate academic research skills to their professional development.

Peter Savastano, Sociology, Anthropology, and Social Work, College of Arts and Sciences, was acknowledged for his teaching that "educates the whole student in mind, body and soul," which is evident in his use of meditation, experiments with culture shock, and use of an embedded librarian to provide students with information technology in every class.

Kristi Stinson, College of Nursing, was recognized for her innovative teaching in Nursing Therapeutics, Health Assessment, and Adult I, to provide "digital clinical experiences" and "gamified lessons in the classroom."

Adam Warner, Marketing, Stillman School of Business, was nominated for his emphasis on experiential, hands on learning in his Marketing courses, providing students with real world examples that prompted them to describe his class as "most value-filled."

Faculty Researcher and Teacher of the Year 2018 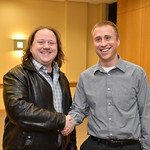 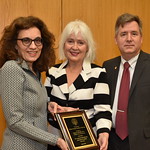 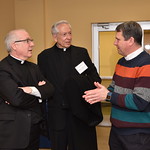 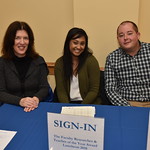 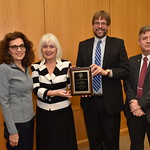 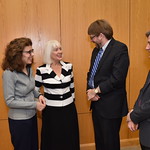 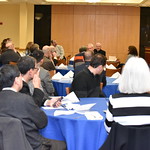 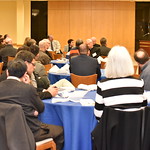 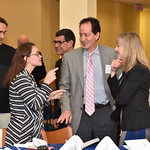 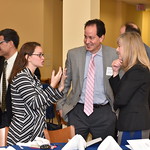 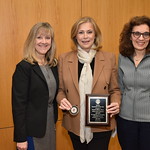 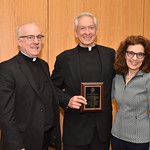