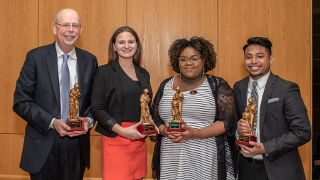 Four students who have gone above and beyond the call for service received the Servant Leader Award at an evening reception on Tuesday, April 17 surrounded by their family and friends. The award recipients are dedicated to serving others close to home and abroad in countries such as El Salvador, Ghana and Haiti. The 2018 Servant Leader Award recipients are: Ian Galamay, Olivia Koloszuk, Layla Ogletree and William Weber.

"The Servant Leader Awards signify the importance Seton Hall places on being people for others. Through our Mission, our Academics, and our Student Services, every facet of this Catholic Institution develops our students' mind, heart, and spirit," said Michelle Peterson, director of the Division of Volunteer Efforts (DOVE) and Servant Leader Award Committee chair.

"This award celebrates the diversity of our students' responses to serve first and lead second," continued Peterson. "The recipients we honored this year feed the homeless, protect vulnerable children, stand up for bullied peers, and increase literacy and self-esteem in urban areas. They inspire each of us with their passion and altruism."

Members of the Servant Leader Award Committee, which is comprised of faculty and administrators from throughout the University community, reviewed dozens of nominations prior to inviting a select number of students to partake in the interview process.

"It is truly a privilege to witness our students' faith and commitment to serving those who are in need and suffering," remarked Omayra Arocho, member of the award committee and assistant dean of college engagement and community development in the College of Education and Human Services. "The award recipients have used their lived experiences and skills to inform their philosophy of service and sense of purpose. They lead by humble example, both at home and abroad, and inspire others to do the same."

Interim President Mary Meehan attended the event and personally congratulated the four awardees. Additionally, videos highlighting the recipients' commitment to service to others were premiered during the event and are also available at the links below. 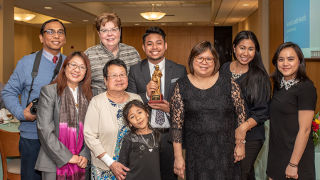 Ian Galamay is a junior in a dual degree program that leads to a B.S. degree in biology from the College of Arts and Sciences and a doctor of physical therapy degree from the School of Health and Medical Sciences. He was nominated by Nova Vitug, Pastor of the Kenilworth Community United Methodist Church. Vitug nominated Galamay for the Servant Leader Award because of his philosophy on service and his focus on empathy. After moving to a new town and school in middle school, Galamay struggled to fit in. He eventually found a tight-knit group of friends but has never forgotten the experience of trying to find the feeling of belonging. "I feel like it is my duty to help other kids going through the same thing as I did. I realize it is my purpose to make someone's day better every day," explained Galamay.

Galamay has participated in three service-learning trips where he volunteered in orphanages for a 1-week period in Haiti and El Salvador. During his first trip to Haiti, Galamay bonded with a young gentleman his age. The Haitian native explained to Galamay that he dreamed of going to college one day and hoped he would have enough money to do so. Galamay encouraged him to continue to pursue that dream and helped coach him through goal-setting to reach it. When Galamay returned to Haiti two years later, he reconnected with the young gentleman and found out he was accepted into a university program and would be attending later that month. 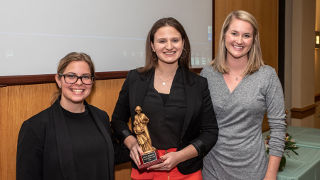 Olivia Koloszuk is a social work graduate student in the College of Arts and Sciences. "I want to work towards a world that is more peaceful, more accepting and more loving," Koloszuk said in her video interview. Koloszuk partnered with her mother to address food insecurity in the communities of Paterson and Hackensack. Working in the food service industry, Koloszuk recognized that there was an abundance of leftover food. Instead of throwing the food away, Koloszuk and her mother endeavored to repurpose the excess food to provide meals to people in Paterson and Hackensack.

Like Galamay, Koloszuk has also travelled abroad to Ghana and worked with locals in a fisherman town. She mobilized the group she travelled with to make donations of money and clothing before ending their trip. Juan Rios, assistant professor of social work, remarked that Koloszuk has successfully navigated the service landscape as it becomes increasingly globalized. Koloszuk's commitment to social justice aligns with the Department of Sociology, Anthropology and Social Work's mission to better society by preventing and eliminating social problems. 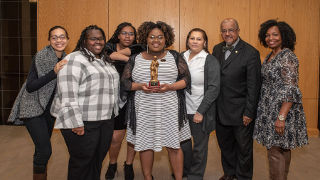 Layla Ogletree is a sophomore studying physics and civil engineering as a part of a dual degree program with Seton Hall and the New Jersey Institute of Technology (NJIT). Ogletree is receiving her B.S. degree in physics from Seton Hall's College of Arts and Sciences and her B.S. degree in civil engineering from NJIT's John A. Reif, Jr. Department of Civil and Environmental Engineering. Ogletree was nominated by Reverand Forrest Pritchett, who is the director of the Dr. Martin Luther King Jr. Leadership Program, of which Ogletree is a part of. Ogletree is also a member of the gospel choir on campus and was the recipient of the 2017 Presidential Volunteer Service Award. Pritchett nominated Ogletree for her "genuine approach to service leadership."

Ogletree, who is originally from Houston, Texas, has implemented a successful tutoring and mentorship program at Hawthorne Elementary School in Newark called "Little Misses". The program, whose curriculum was designed by Ogletree, works with young female students to help them build character and better prepare them for middle school and high school studies. Ogletree originally began as a tutor and mentor for students at a middle school level but realized her impact could be greater by starting to work with these students earlier in their schooling.

"Once you've put a seed of kindness towards someone, they are more likely to want to help others in return," said Ogletree. Ogletree's family was displaced during Hurricane Harvey in 2017 and had to rely on nearby friends for shelter and other assistance. This experience is central to Ogletree's continued desire to help others and positively affect their lives. 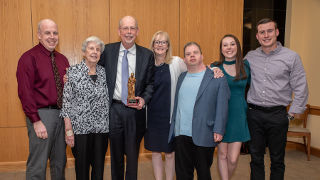 William Weber is a student in the permanent diaconate program in the Immaculate Conception Seminary School of Theology. After working in the corporate world for nearly 30 years, Weber felt a strong pull to give back to others. He and his wife Lisa decided to become Court Appointed Special Advocates (CASAs). A CASA is a volunteer appointed by a family court judge to advocate for the "best interest" of a child who has been placed in a foster home due to abuse, neglect or abandonment. As CASAs, Weber and his wife advocate for medical, educational, and mental health services for children in need while also providing family court judges with carefully researched details about the children to help them make sound decisions about their future. They also advocate for services for the biological parents from whom the children have been removed. Weber also serves as a CASA peer coordinator, coaching and counseling other advocates on their cases; this allows CASA to support more children in need.

Weber's longer-term path of service is through his formation program to become a permanent deacon in the Diocese of Metuchen. The ministry of the deacon is one of service in three areas: the Word, the Liturgy, and Charity. As part of the service of Charity, he regularly visits the sick at St. Peter's Hospital. Weber hopes to be ordained in 2019. A colleague in the formation program who nominated Weber spoke of his kindness in a time of tragedy for the colleague's family. He said that Weber was a great resource despite their having known each other only a brief time. 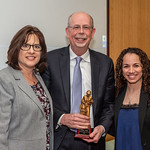 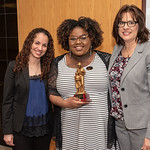 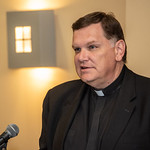 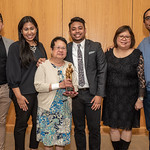 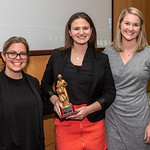 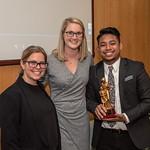 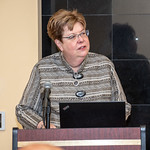 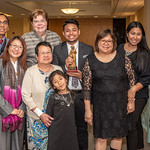 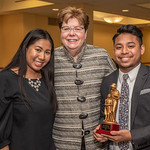 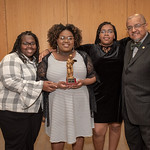 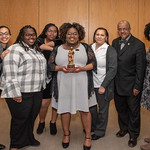 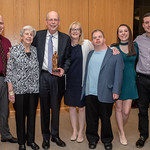