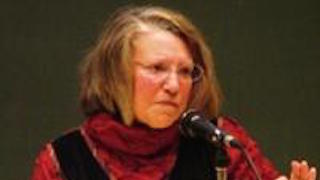 On Tuesday, February 23, 2010 from 4 – 5 p.m. in the Jubilee Hall Auditorium, the Department of Philosophy and the Dean's Office of the College of Arts and Sciences will feature the next lecture in the Philosophers Speak Lecture Series. This lecture brings to campus the internationally renowned Nancy Fraser, Ph.D., Professor of Philosophy and the Henry A. and Louise Loeb Professor of Political and Social Science at the New School for Social Research in New York City.

Professor Fraser will deliver a lecture entitled "Marketization, Social Protection, Emancipation: Toward a neo-Polanyian conception of Capitalist Crisis," and in doing so will challenge some conventional beliefs in economic philosophy. In her lecture, Dr. Fraser will move beyond the standard, systems-based logic of capitalistic thought and seek to incorporate feminist, post-colonial, and multicultural perspectives into mainstream economic theory. This lecture should be of special interest to philosophy, business and economics, diplomacy, and political science faculty and students and anyone concerned about social justice in a time of economic crisis.

Dr. Fraser earned her Ph.D. in philosophy from the City University of New York. She is an internationally acclaimed feminist and social and political philosopher, authoring such works as Scales of Justice: Reimagining Political Space in a Globalizing World (2008), Redistribution or Recognition? A Political-Philosophical Exchange (2003), Justice Interruptus: Critical Reflections on the Postsocialist Condition (1997), Revaluing French Feminism (1994), and Unruly Practices: Power, Discourse, and Gender in Contemporary Social Theory (1989).

Please join us for the event and a wine and cheese reception to follow.
Partial funding for this event has been provided by the College of Arts and Sciences thanks to the generous support of the President's Advisory Council members.