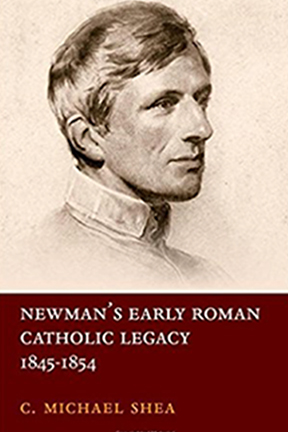 Dr. Shea has said of this accomplishment, "It is the result of the last three years of work as a Teaching Fellow in the Department of the Core." The book, says Shea, "overturns a consensus on John Henry Newman's early influence: namely, the contention that his work was regarded as marginal among Catholics until the 20th century."

Dr. Shea's thesis is that Newman's influence in Catholicism was significant long before that time. For example, Shea argues that Newman's "controversial Essay on the Development of Christian Doctrine (1845) was instrumental for Church officials who were involved in the 1854 definition of the Immaculate Conception of Mary, and even had an impact on the language the Church would come to use in referring to doctrinal change over time."

Overall, the book affirms that Newman’s position in modern Catholic thinking is more complex and significant than has been held; it also challenges the over-simplification of 19th century Church authorities as "dismissive of doctrinal development." Instead, the acceptance of Newman's language and ideas regarding this important doctrinal issue shows that the 19th century Church was, in fact, open to such development.