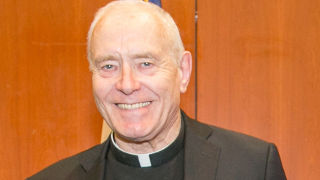 "In an issue of our journal, which highlights the agrarian theme, Thomas Jefferson is the figure who looms most large," says Father Boyd, CSB, editor of The Chesterton Review. "America, as Chesterton once said, is the only nation in the world that is founded on a creed. And it was Jefferson who spelled out that creed in a remarkable constitution. But the agrarian philosophy Jefferson developed represents an equally remarkable achievement."

For more information about The Chesterton Review and to subscribe, please visit www.pdcnet.org/chesterton or contact the Editorial Office at (973) 275-2431 or chestertoninstitute@shu.edu. You may also visit our website. 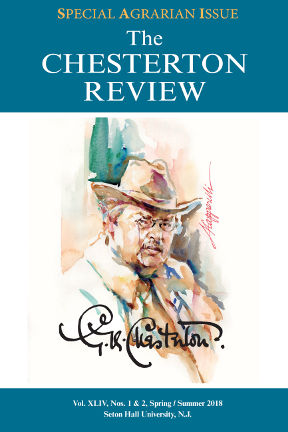 About The Chesterton Review
The Chesterton Review is the journal of the G.K. Chesterton Institute for Faith & Culture and has been widely praised for both its scholarship and for the quality of its writing. It was founded in 1974 to promote an interest in all aspects of Chesterton's life, work, art and ideas, including his Christian apologetics. It includes a wide range of articles not only on Chesterton himself, but on the issues close to his heart in the work of other writers and in the modern world. It has devoted special issues to C.S. Lewis, George Bernanos, Hilaire Belloc, Maurice Baring, Christopher Dawson, Cardinal Manning, the Modernist Crisis, J.R.R. Tolkien and Fantasy Literature, Special Polish Issue. It is published twice annually (two double issues). In response to the revival of G. K. Chesterton in the Hispanic world, since 2006 The Chesterton Review publishes an annual issue in the Spanish language and since 2009 a Portuguese language supplement. In 2010, The Chesterton Review published its first issue in French and in 2011 its first issue in Italian.

"From the earth we come and to the earth we return; when people get away from that they are lost."
—G. K. Chesterton, What I saw in America