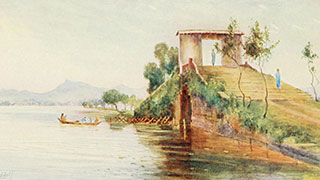 The third in a series of linked international workshops and symposia, "Beyond Chinoiserie: Artistic Exchanges between China and the West during the late Qing Dynasty (c1795-1911)," will be held at Seton Hall University on Oct. 30-31. The location of the symposium could not be more apt, as Seton Hall, in China, is called "Xi-Dong," which means East-West.

The workshop-symposium at Seton Hall will bring together some of the world's leading experts on the history of artistic relations between China and the West to investigate what happened to these relations in the nineteenth century when the political relationship between China and the West soured, leaving artistic contacts no longer situated at the courts, but instead left largely to international commerce and middle-class culture. 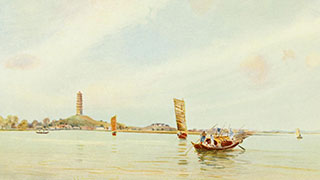 Ultimately, in the context of China and the Western world, the international series of symposia has looked at the formation of one culture's perception of the other as shaped by its art - reciprocally.

An earlier symposium in the series at Peking University, Beijing, was sponsored by the J Paul Getty Foundation through a grant to Seton Hall professor of art history and director of graduate studies in Museum Professions, Petra Chu and Ding Ning, Dean of the School of the Arts at Peking University. A collection of essays resulting from that symposium, " Qing Encounters: Artistic Exchanges between China and the West," was published by Getty Publications in 2015.

The workshop-symposium to be held at Seton Hall in October will be produced under the auspices of the American Council of Learned Societies, with funding from the Chiang Ching-kuo Foundation for International Scholarly Exchange, the Confucius Society of Rutgers University and the Seton Hall Center of Excellence. The event is organized in collaboration with the Newark Museum and is co-sponsored by the University of Sydney and Seton Hall; its steering committee is comprised of Petra Chu, Yachen Ma (National Tsing Hua University) and Jennifer Milam.