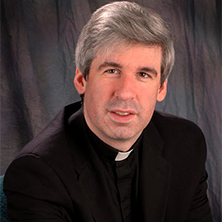 The Archdiocese of Newark and Seton Hall University announced that Monsignor Gerard McCarren, S.T.D., will begin a one-year appointment on July 1 as the Interim Rector and Dean of Immaculate Conception Seminary School of Theology at Seton Hall. Monsignor McCarren currently serves as Associate Professor of Systematic Theology and the seminary's Spiritual Director.

Monsignor Joseph Reilly, S.T.L., Ph.D., will conclude his tenure as Rector and Dean of Immaculate Conception Seminary School of Theology on June 30. After Monsignor Reilly steps down, he will begin a sabbatical year during which he will renew his vocation with study, travel, reflection and professional administrative development.

"Monsignor McCarren is a well-respected priest, theologian, and seminary spiritual director, with excellent and relevant experiences that will allow him to continue our vital mission of supporting our seminarians as they discern God's call to the priesthood," said Cardinal Joseph W. Tobin, C.Ss.R., archbishop, Archdiocese of Newark.  "I am confident he will guide the men closer to Christ our Redeemer and prepare them to be good shepherds who will minister to the flocks that will ultimately be entrusted to them. I am grateful for his gracious acceptance to join us in the Archdiocese as interim Rector and Dean of Immaculate Conception Seminary School of Theology."

Monsignor McCarren is a well-known scholar of Saint John Henry Newman and was a member of the Newman Association of America's board of directors from 2001 to 2016. In addition to his work at Seton Hall, he has taught and provided spiritual direction at the Institute for Priestly Formation at Creighton University in Omaha, Nebraska. 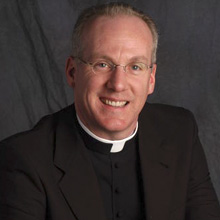 His multifaceted experiences in priestly formation, deep knowledge of theology and esteemed reputation among priests and seminarians made Monsignor McCarren a clear choice for this interim appointment. During his interim year, the University and Archdiocese will advance the ongoing search for the seminary's next full-time Rector and Dean.

"We thank Monsignor Reilly for his service in priestly formation over two decades. In 10 years as Rector and Dean, he cultivated an outstanding formation faculty while completing several facilities projects, including the seminary chapel. Perhaps most importantly, the seminary under his leadership instructed scores of young men in serving the people of God as priests and deacons," said Seton Hall University President Joseph E. Nyre.

After his sabbatical year, Monsignor Reilly will take up his new role as Vice Provost for Academics and Catholic Identity, and will continue integrating the University's Catholic identity ever more deeply across academics — especially in local and international initiatives and academic programs that make Seton Hall an icon of Catholic education worldwide.

"The University and Archdiocese of Newark are fortunate to count Monsignors Reilly and McCarren among the servants of Christ who enrich our spiritual lives. We pray for their success in fulfilling these new responsibilities," said Cardinal Tobin and President Nyre.