An Evening with East European Writers

From 6:30 to 8:00 p.m. on Thursday, April 4, in Fahy Hall 236, four aspiring Eastern European writers will read excerpts from their recent published and unpublished work. The reading will be followed by Q&A with students, faculty, and guests. 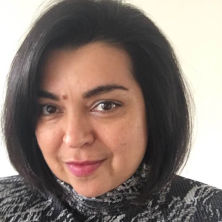 Ileana Nachescu grew up in socialist Romania and came of age during the uprising that overturned a dictatorship in her country. She came to the United States as an international graduate student and is now a faculty member in the Women's and Gender Studies Department at Rutgers University. Her essays have appeared in The Rumpus, Entropy, The Atticus Review, and elsewhere. She is the essays editor of ducts.org and has hosted and performed at Trumpet Fiction, a New York-based reading series that is now reaching its 20th year. A Bread Load Writers' Conference attendee, she is at work on a book-length project, "Memoirs of a Socialist Childhood." 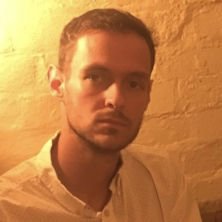 Marek Kulig was born in Mielec, Poland, grew up a bit on the Jersey Shore and came to Dartmouth, M.A., where he once taught high school English and now tends bar. He contributes writing to a local food magazine. Marek has an M.A. in English Literature, and he recently attended the Cuttyhunk Island Writers' Residency and participated in the Bread Loaf Writers' Conference. This summer he'll be traveling to the Disquiet International Literary Program. He's writing poetry, fiction. 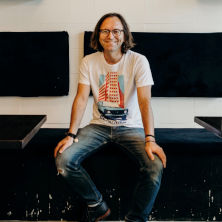 Ivan Bojanic was born in Ohio. He studied history and law in Texas, and worked briefly there as a door-to-door cactus salesman. Between 1996 and 2006, he worked for non-profit organizations in post-conflict settings such as Bosnia-Herzegovina, Serbia, and Iraq. His work there focused on reconstruction, refugee return, and the development of civic and governmental bodies. Returning to the U.S. in 2006, he studied Quantitative Methods. He now lives in Jersey City, where he researches and writes on the intersection of social and business trends. 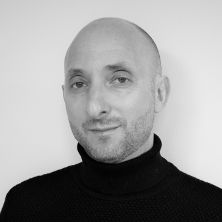 Maxim Matusevich is no stranger to Seton Hall. He is Professor of History and Director of the Russian and East European Studies Program. He has published extensively in his fields of academic expertise, which include African and Cold War history. The vast majority of his academic publications have been in English, but he does publish occasionally in his native Russian – mostly journalistic pieces and op-eds. About two years ago he began to write and publish fiction in English. His very first story Arthur or Night on Earth was published in the Kenyon Review Online (July/August 2017); his novella The Road to Battambang came out in New England Review (no. 38, Winter 2017-18). Maxim's recent short story The Apartment appears in the forthcoming issue of The Bare Life Review.

This event is free and open to the public. Refreshments will be served.