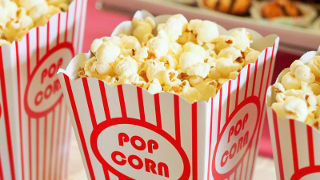 On Thursday, October 11th, at 6:30 p.m., in Fahy 236, the Slavic Club will be showcasing the very popular Russian movie, Стиляги, ("Stilyagi") – Hipsters in English, which is a 2008 Russian musical comedy-drama film directed by Valery Todorovsky and starring Anton Shagin and Oksana Akinshina. Set in mid-1950s Moscow, the film depicts the Soviet youth subculture "stilyagi," along with their struggle for self-expression within the prevailing reality of the Soviet repression.

This movie will be of great interest to our History, Diplomacy, and Russian students, and to all community members interested in Russia during the 1950's. It will be introduced by one of our Russian Professors, Tatiana Shiloff, who teaches Russian Cinema. Everyone is welcome! It's free and Slavic food will be served!