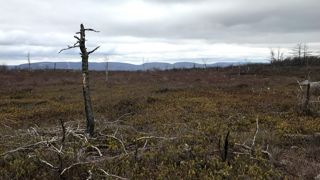 The Department of History at Seton Hall University is proud to announce that its annual symposium in comparative history will take place virtually on Microsoft Teams: Friday, February 12th, 1 p.m. – 3 p.m.

The symposium brings together a panel of prominent scholars. A keynote address "Scale and Agency in the Anthropocene" by Professor Dipesh Chakrabarty (University of Chicago) will be followed by a roundtable discussion, moderated by Professor John L. Brooke (Ohio State University), capped by a Q&A session, open to the attending audience.

The event is free and open to the public. You can access the symposium by clicking on this Microsoft Teams link » 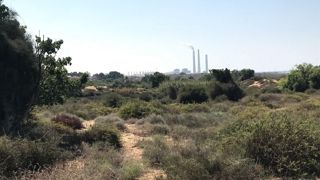 From the Ice Ages of the past to the rapid and intensifying warming of the Anthropocene, only the most ardent skeptic would deny that the earth's climate has changed over time; but what does it mean to think about climate change in historical perspective? In recent years, historians have pointed to manifold ways long-term trends in temperature and weather patterns have shaped and constrained human migration, subsistence, trade, and war. Other historians have explained how nations, empires, and peoples responded to changing climatic conditions, and some believed they could change their place's climate through particular social and economic practices. Put in this way, some historical approaches to climate change seem to dally with determinism while others risk overemphasizing the scope of human agency in the face of vast solar and geological forces. A number of historians have reflected on the tension between the scientific and religious epistemologies that often inform our public conversations about climate change. In recent centuries dramatic changes in human behavior, particularly fossil fuel consumption, have transformed the planet. While scientists, activists, business interests, and policymakers debate the reality of human-caused climate change and what, if anything, to do about it, historians have traced the history of that debate and insisted that it should be informed by history.

The Department of History is delighted to welcome to the symposium the following distinguished participants:

Dr. Chakrabarty is Lawrence A. Kimpton Distinguished Service Professor of History, South Asian Languages, and Civilizations at the University of Chicago. Chakrabarty's most recent book is The Climate of History in a Planetary Age (in press, University of Chicago). He also has collections of translated essays forthcoming in Italian with Nottetempo, in Russian with v-a-c Foundation, and in Spanish with Edición Mimesis. Other recent books include The Crises of Civilization: Exploring Global and Planetary Histories (Delhi: OUP, 2018) and, With Ranajit Dasgupta, Some Aspects of Labour History of Bengal in the Nineteenth Century: Two Views (Delhi: OUP, 2018). He is also the co-editor of, Along with Henning Trüper and Sanjay Subrahmanyam, of Historical Teleologies in the Modern World (Bloomsbury, 2015).

Dr. Deborah R. Coen is Professor and Chair of the History of Science & Medicine Program at Yale University. Deborah R. Coen is a historian of science whose research focuses on the modern physical and environmental sciences and on central European intellectual and cultural history. Professor Coen's recent research has explored the production of environmental knowledge. In 2013 she published The Earthquake Observers: Disaster Science from Lisbon to Richter, which examines seismology's history as a form of "citizen science." In the nineteenth century, standing networks of seismic observers transformed earthquakes into natural experiments at the nexus of human behavior and planetary physics. Her latest book is Climate in Motion: Science, Empire, and the Problem of Scale (2018), winner of the 2019 Pfizer Award from the History of Science Society in recognition of an outstanding book dealing with the history of science.

Dr. Joshua Howe is Associate Professor of History and Environmental Studies at Reed College. He teaches courses in American and world environmental history, the history of science, and American foreign policy, as well as in the interdisciplinary Environmental Studies junior seminar. In his research he investigates the intersections of science and environmental politics in both foreign and domestic contexts. His recent books, Behind the Curve: Science and the Politics of Global Warming (University of Washington Press, 2014) and Making Climate Change History: Documents from Global Warming's Past (University of Washington Press, 2017) explore the political history of climate change since the 1950s, and his work on climate change and the Anthropocene has also appeared in Environmental History, Historical Studies in the Natural Sciences, Climatic Change, as well as a number of edited volumes.

Dr. Sam White is Associate Professor of Environmental History at Ohio State University. His first book, The Climate of Rebellion in the Early Modern Ottoman Empire (Cambridge University Press, 2011), explored the far-reaching effects of severe cold and drought in the Middle East during the "Little Ice Age" of the sixteenth and seventeenth centuries. It received prizes from the Middle East Studies Association, Turkish Studies Association, and British-Kuwaiti Friendship society. His second book, A Cold Welcome: The Little Ice Age and Europe's Encounter with North America (Harvard University Press, 2017) tells the story of English, Spanish, and French efforts to grapple with unfamiliar climates and unexpected disasters during their first century of exploration and colonization in the New World. It received awards from the Ohio Academy of History and the Sixteenth-Century Society and was a finalist for the Cundill Prize. He has also published various chapters and articles on world history, and on climate, disease, and animals in history, including "From Globalized Pigs to Capitalist Pigs: A Study in Animals Cultures and Evolutionary History," Environmental History 16 (2011), which won the American Society for Environmental History Leopold-Hidy Award and the Agricultural History Association Wayne D. Rasmussen Award. Prof. White is also lead editor of the Palgrave Handbook to Climate History, co-founder and website administrator of the Climate History Network, and steering committee member of the Past Global Changes (PAGES) Climate Reconstruction and Impacts from the Archives of Society (CRIAS) working group.

Dr. John Brooke is Arts & Sciences Distinguished Professor of History at Ohio State University, where he also directs the Center for Historical Research. Brooke is the author of four books in early American history: The Heart of the Commonwealth: Society and Political Culture in Worcester County Massachusetts, 1713-1861(Cambridge University Press, 1989) and The Refiner's Fire: The Making of Mormon Cosmology, 1644-1844 (Cambridge University Press, 1994). The Heart of the Commonwealth won the Merle Curti Award for Intellectual History from the Organization of American Historians and the National Historical Society Book Prize for American History. The Refiner's Fire won the Bancroft Prize for American History and the Society for Historians of the Early American Republic Best Book Prize. Columbia Rising: Civil Life on the Upper Hudson from the Revolution to the Age of Jackson, was published in 2010 by the Omohundro Institute of Early American History and Culture and the University of North Carolina Press in November. It has been awarded the Dixon Ryan Fox Manuscript Prize by the New York State Historical Association and the SHEAR Best Book Prize. Brooke is the author of Climate Change and the Course of Global History: A Rough Journey (Cambridge UP, 2014). His latest book, There is a North: Political Crisis, Cultural Transformation, and The Coming of the Civil War, was published by the University of Massachusetts Press in 2019.