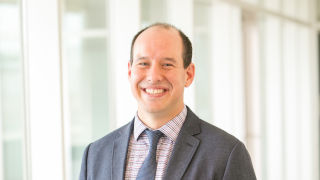 "Cancel everything. Now," was Yascha Mounk's recommended response to COVID-19 in the US and he wrote that in The Atlantic almost a month ago. Mounk's prudent recommendation has been taken seriously by many, though not all, and as we've learned too quickly avoiding the gravest consequences requires what he noted in that same piece: cooperation between leaders in politics, business, and "everyone of us." Universal recommendations are important at this time; so are the particular practical ones, and how we arrive at each matters. And so, I would ask that Mounk and those of similar mindsets rethink how they approach bioethics and not let the urgency and fear facing so many of us cloud their better judgement. As my colleague at Seton Hall's School of Health and Medical Sciences, Clinical Associate Professor Jennifer McCarthy often reminds me, "Slow is smooth and smooth is fast."

Mounk's recommendation is — and was — correct. However, the support for his recommendation is confused. His description of the situation in Italy — a description which may now be applied to many other locations — may be sufficient motivation to arrive at Mounk's conclusion. However, he further muddies the already murky medical-ethical terrain with reflections on his training and his inability to arrive at an answer to an admittedly very hard question. The issue is not with the areas of his training, but rather the implicit assumption that, given that training, he alone should be able to offer a pronouncement which resolves the case.

The question is a tragic one of Italian doctors who have created a guide to assist in determining who should live and who should die in the face of the devastating health challenges that COVID-19 presents. It calls out for sympathy and empathy for the patients and the physicians — both in Italy and those who are doing similar work across the globe. However, beyond the motivation and the conclusion, Mounk's discussion is confusing and his arguments in need of revision. Mounk says he has "not the first clue whether they are recommending the right or the wrong thing." He sounds surprised — maybe regretful? He notes his lack of a definitive answer, in spite of what he describes as his expertise in political and moral philosophy, which he gained, in part — he shares with a sarcastic tone — from discussing "trolley problems" in "fancy seminar rooms."

This is not an uncommon critique of such training, but I wish Mounk and similar critics would reconsider their arguments on two fronts. First, to the extent that Mounk's study of political and moral philosophy aids his thinking about politics and ethics, highlighting the inadequacy of that training raises questions about his standing to offer such recommendations in the current case. If that training is not useful when presented with such cases, then why mention it? To the contrary, I believe that that kind of training can be useful, if used in the right way. Such training ought to be deployed in discussions with others about challenging cases like those facing the aforementioned Italian doctors and currently facing my colleagues in New Jersey and New York, and indeed across the US.

It is by practically reasoning together with other members of our communities (e.g., physicians and nurses, epidemiologists and biologists, theologians and politicians, chaplains and hospital maintenance staff) that someone with Mounk's training can help move forward the collective endeavor to respond to this tragic situation. In that context the training is quite useful. Moored in real discussions, reliant on the expertise of others, that training can help clarify confusions, reorient the focus of conversations, and maintain consideration on the human side of many technical questions.

Second, taking shots at reflection on trolley problems and the like is all too easy. Unless you find yourself on an episode of The Good Place, there's not much of a reason to rehash the old critiques of an intellectual exercise that is too far removed from real practice to be of benefit. If one does wish to rehash, then accurately representing it is important. Philosophical discussions of abstract cases allow discussants to hone in on particular features of situations and their own ethical judgments, so as to increase awareness, learn from mistakes, and think creatively. In such discussions, awareness of biases is raised and critiqued, the need for broader and deeper normative theories is illustrated, and, yes, critiques of utilitarian approaches to ethics abound. In the very least, a training in philosophy may help a team steer clear of mistakes like thinking "utilitarian" is connected with the "largest number," assessing human beings in terms of their life years (quality-adjusted or otherwise), or thinking that one person alone might have the answer.

Mounk might not have an answer because it is not merely a hard question, but a series of hard questions bound together with great urgency. In times like these we would be better served by embracing a more inclusive approach to solving challenging ethical questions: a multi-disciplinary, interprofessional approach is called for, rather than merely thinking a call the ethicist solves the problem.

Bryan Pilkington, Ph.D.
Dr. Pilkington's research focuses on questions of conscience, ethics of healthcare practice, and the concept of dignity. He lectures on practical ethical challenges in medicine and the practice of healthcare professionals, and teaches courses in normative and applied ethics, including courses in ethical theory, bioethics, business ethics, environmental ethics, and political philosophy. He serves on the Editorial Board of the Journal of Medicine and Philosophy and the Editorial Advisory Boards of HealthCare Ethics Committee Forum and Christian Bioethics. He is also a Junior Scholar in Bioethics at the Paul Ramsey Institute.