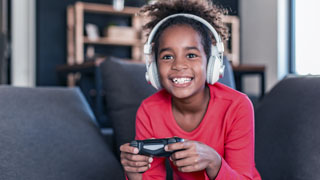 The inaugural Seton Hall Esports Summer Camp, powered by Nerd Street Gamers, is scheduled to take place in July and August. The camp is filled with activities, a chance to meet new friends, and have fun while gaining valuable skills beyond gaming. Campers will participate in indoor activities that focus on decision making, non-toxic gaming, and teamwork as well as outdoor activities to promote screen-time breaks. Led by Seton Hall's championship winning esports teams, campers will learn new strategies, create a better gaming environment, and have fun.

The camp is co-ed for ages 9-14 and will take place July 25-29 and August 1-5. The cost of the camp is $600 per week per camper. Lunch will not be provided, however beverages and snacks can be purchased on-campus.

Nerd Street Gamers (Nerd Street) is a national network of esports facilities and events dedicated to powering competitive opportunities for gamers. The company promotes greater access to the esports industry, laying a national framework for esports talent development and high-quality gaming tournaments. Through Localhost, its gaming and esports centers across the country, the company provides opportunities for gamers of all ages and skill levels to participate in esports tournaments, camps, team training, private events like birthday parties, and hourly play for a wide variety of video games.

Interest in esports and video gaming has grown in recent years and so too have the resources and opportunities for students of all ages. In November 2018, almost 100 million viewers watched the League of Legends World Championship broadcast online from South Korea—slightly more than the 98 million viewers who watched the Super Bowl three months later. According to Indeed.com, the share of job postings per million for Esports roles increased by 10.91% in 2019 with augmented (AR) and virtual reality (VR)-related jobs leading the way with an increase of 21.86%.

A leader in the field, Seton Hall has had an esports club team since 2013. Among the first University gaming organizations in the state of New Jersey to be recognized, the team has been asked by a number of gaming organizations to provide insight into the future of collegiate gaming. The Seton Hall Esports team has, in fact, played a pivotal role in the shaping and formation of league-sanctioned collegiate play. In November 2019, the University completed construction on a state-of-the-art computer lab and esports facility with dedicated and optimized computers for students' recreational and competitive use.