The spring 2021 esports season embodied the university’s motto, Hazard Zet Forward, as the team charged ahead no matter the difficulty. The difficulty included remote learning and playing, the loss of several graduating seniors, and other factors affecting the team. The upcoming esports season will bring more challenges and big changes to the program as the team looks to continue its success. 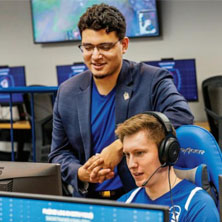 Perhaps the biggest of these changes is the official creation of a full-time esports manager position, which is the first for a BIG EAST university and reaffirms Seton Hall’s commitment to engaging students. The new manager, Victor Gomez ’17 is a Seton Hall alumnus and an original founder of esports on campus. Gomez, previously served an advisor role in addition to other duties at the university. “To start as the Seton Hall esports Manager nearly eight years after first starting the program is a surreal experience” Gomez said. The past two years have been an action-packed tale of grit, partnerships, and hard work at Seton Hall University. The University unveiled its Rocket League and League of Legends teams and their new esports lab. “I am incredibly excited to start the season fielding three separate varsity rosters and even more proud of being able to do so at my alma mater” Gomez added.

To learn more about the new manager, read the official announcement.

The Rocket League team saw two of the original three-team members graduate. Despite the loss, the team showed promising results, finishing first in the BIG EAST standings at the end of the regular season. The team continue to the EGFC Rocket League championships where they reached the playoffs but ultimately lost to DePaul in the semifinals. 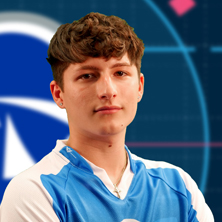 In the off-season the team welcomed Paulie “Stokelyy” Santoro and Kevin “Froze” Minch as incoming first-year students to join the veteran captain, Antonio “Tone” Riozzi, and put Seton Hall’s name on the national stage. The new roster placed 5th out of 64 in the Collegiate Carball Association’s Summer League, a Psyonix sponsored tournament, the maker of Rocket League.

According to Seton Hall Esports Manager, Victor Gomez, “this is without a doubt one of the strongest, if not the strongest line ups Seton Hall Rocket League has ever had.” Gomez added “I am excited to showcase all five of our players talents to the Big East and beyond, individually they are amazing both in technical playstyles and game knowledge, together they are a force to be reckoned with.”

The Seton Hall Rocket League will be back on the virtual pitch on October. Matches will be broadcasted live at Twitch.Tv/officialEGF. Matches this season will take place weekly on Wednesday. The full match schedule is available on the schedule page.

About College Carball Association
College Carball Association, also known as CCA, is a community, founded in February 2017, where university students and alumni can come together to establish their university clubs and teams, hang out and practice with other collegiate players, and engage in intercollegiate exhibitions. The CCA serves as a major communication HUB for College Rocket League Club Leaders. The CCA currently has 270+ registered school chapters, 200+ chapters in development, and over 6,500 members! For over 4 years the CCA has been broadcasting and organizing Rocket League events such as Collegiate Rocket League, Intel Inspires, and CCA Summer Series.

About Psyonix
Based in San Diego, California, Psyonix is a critically acclaimed video game developer behind some of the most entertaining video games in the industry, including the hit sports-action hybrid Rocket League. Psyonix joined the Epic Games family in June 2019.

The League of Legends team weathered its own share of challenges in the spring. From being split across the United States, graduating their support, and losing out on playing with their captain it was a season with a bleak outlook. The MVP of the season as far as the Pirates are concerned was Justin “Fleuber Burbler” Lee who adapted with his immense game knowledge to switch roles for the team during two points of the spring season: filling the void left by the team’s lack of Ryan “IvernedThisRank” Kijevcanin to play Jungler, and once more to fill in the role of ADC for Ian “Krop” Kropliak at times. Even so, the team missed playoffs after trying for 4th and losing in the head-to-head matchup with Marquette ending their spring season run ranked 5th.

This fall season sees even more changes to the squad with Michael “Windy Day” Kao and Dennis “Miza” Cheng graduating and Keith “PleaseBePatient” Kofoed stepping down as captain to focus on finishing his degree. Fate once again calls upon the Pirates to step up and meet the new season with the same determination and grit displayed in the spring. Returning to the team as Captain, Ryan “IvernedThisRank” Kijevcanin plans to set up the basis for a winning squad in his original role as Jungler. Coming in as the starting top laner is Justin “Fleuber Burbler” Lee, as a seasoned veteran to the team and one who has arguably had to adapt most his experience will serve as a key strength to the Pirates. In the middle lane, with big shoes to fill is Garret “YouLackStyle” Belardi the sophomore has been scouted from Seton Hall’s B team and brings a fresh perspective to the team. Also picked up from the B team is their once captain, now starting support for the varsity roster, Kevin “Vollme” Craig. He has overseen four rosters worth of teams and as a senior is looking to prove his seasoned status on a new stage. Rounding out the starting line-up is Ian “Krop” Kropliak, the junior has been a strong pillar of Seton Hall’s roster as the ADC for several seasons now, looks to continue to show that no matter what lane, Seton Hall is ready to face all challengers. 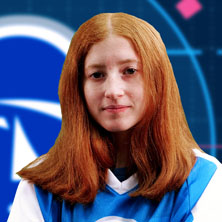 This season also sees the addition of two young and promising students as substitutes in Emmit “Sinons Hecate” Fitzgerald and Rosalyn “RoseDreamzz” Tramm.  When asked about his choice of having two substitutes join the active roster, Gomez said “having seen the last few seasons and having been lucky enough to have the great players that we have been able to get, I feel confident in our programs evolution to start building for the future. Both Emmit and Rosalyn have incredible fundamentals and passion for team play, and we are excited to build upon those and see how these players grow.”
League of Legends starts with a fall tournament hosted by Riot Games and broadcast by Big East Esports broadcast partner, EGF.

Fresh faces aren’t the only things you can expect from the Pirates this year, in a move long awaited by the Seton Hall community, the fall will be the first season for a competitive team for Super Smash Brothers Ultimate (SSBU). The popular Nintendo title will be played on the Nintendo Switch in the esports gaming lab. The seven players that make up the team are excited to play in EGFC and are looking forward to proving their skills beyond the weekly matches that they host internally on campus.

“It is a fantastic opportunity for us as a university whenever we are able to engage students, and the Smash community is one that has always held a major presence since the founding of the university’s Gaming Sector club. I look forward to some great competition from this roster and one that will keep competing well into the future.” said Gomez. To learn about the birth of the team and the history of the Smash community at Seton Hall, read the full feature soon.

SSBU will have their debut match on October 5th, which will be broadcasted live on Twitch.TV/EGFssbu.