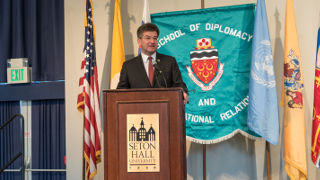 Miroslav Lajčák speaking, at the podium, during the World Leaders Forum.

On Friday, December 1, Seton Hall University's School of Diplomacy and International Relations World Leaders Forum brought together faculty, students and community guests to welcome Miroslav Lajčák, president of the 72nd Session of the United Nations General Assembly, for a public address on the state of diplomacy in the United Nations, and his vision for moving "Toward a New UN."

Lajčák, who also serves as foreign minister of Slovakia, reminded his audience that the world looks very different today than it did in 1945 when the UN was established. He said that the time had come for the UN to change as well. "The relevance of the UN is the issue that keeps me up at night," Lajčák candidly told his audience. "We can't take the central role of the United Nations by default. We have to fight for it. There is no other body that can replace the role of the UN."

Lajčák outlined his pillars for reform focusing on management and development of the the world's foremost intergovernmental organization. He called for change in the security council, advocating for wider representation of nation states, including those from Africa. He also acknowledged that issues pertaining to gender equality had to be addressed by the UN and identified the need for more women to be involved as representatives of members states. 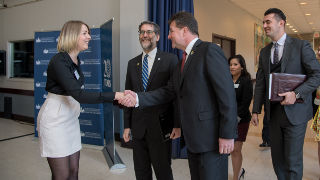 President Lajčák had an opportunity to hear from students while visiting Seton Hall earlier this month.

Lajčák took time out of his lecture to speak on the noble pursuit that is public service. He encouraged students in attendance not to fear the word "politics," but rather to continue their work in the field with honesty and dedication.

"I don't like the saying you are the leaders of tomorrow," said Lajčák, addressing the students directly. "You are the leaders of today." Seton Hall is the first stop in a series of visits Lajčák intends to make to college campuses to engage with young people and encourage a two-way dialogue on the United Nations.

Following the address, Andrea Bartoli, dean of the School of Diplomacy and International Relations facilitated a question and answer session with attendees.

"As president of the General Assembly, Mr. Lajčák has become a strong advocate for change at the UN," said dean Bartoli. "He is seeking to make the organization more relevant, responsive, and effective as it strives to meet the needs of the people of this planet," 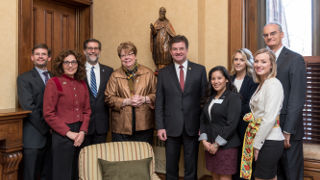 These leaders have addressed complex and controversial issues such as the roots of terrorism, the role of politics and religion in cross-cultural dialogue, climate change and the environment, the changing role of power and sovereignty in international organizations, and the inequities associated with global debt. In each case, speakers have encouraged dialogue in search of new avenues for building peace.

As President of the UN General Assembly (UNGA) during its 72nd Session, Lajčák leads representatives of 193-member countries in policy-making discussions on critical international issues related to peace and security, development and human rights. During Lajčák's 12-month term, the UNGA will be addressing the global education crisis, which has left 264 million children without an opportunity to attend school. Lajčák wants to see the UN evolve more quickly toward reform so that it is better able to respond to this and other global challenges.

Speaking before a meeting of the Security Council recently he warned that by not addressing the need for reform of the world's largest intergovernmental organization, "the continued relevance and, frankly the very survival of the United Nations is at stake."

He said, "The UN was created for people. Its job is to help people who are striving for peace and a decent life, on a sustainable planet. It is one of the tasks of the General Assembly to make sure that their voices can still be heard."

For those unable to attend to program in person, a video of the address is saved at the School of Diplomacy's Facebook page and the website. 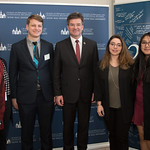 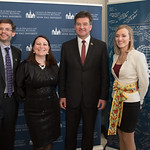 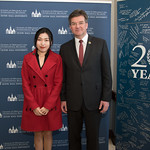 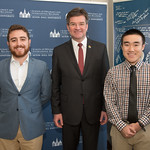 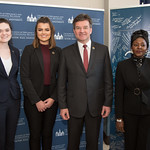 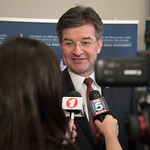 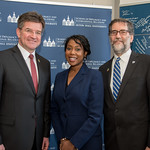 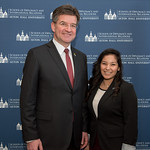 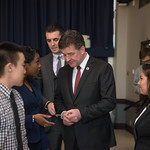 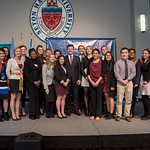 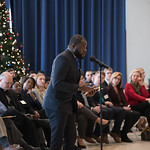 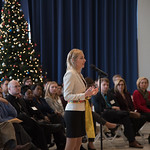