Dr. Bartoli named to Board of Trustees 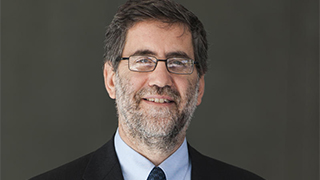 The School of Diplomacy is pleased to announce the appointment of Dean Andrea Bartoli to the Board of Trustees of Catholic Charities of the Archdiocese of Newark.

As a member of the Board of Trustees, Dean Bartoli will collaborate on the overall governance of the organization, which plays an important role in the community by housing much of the city's homeless, supporting at-risk youth, providing job training, outreach to the elderly, and affordable early childhood education.

Seton Hall University is part of the Archdiocese of Newark, and Dean Bartoli expressed excitement at the opportunity to help "fulfill the University goal of servant leadership."

For Bartoli, the Catholic Charities represent "The social justice end of the Catholic Church, which has a long tradition of serving the poor. Seton Hall Diplomacy is proud to serve in this larger mission, particularly in Pope Francis' 'Holy Year of Mercy'."

Bartoli has long embraced the values of servant leadership. He has served as the Permanent Representative of the Community of Sant'Egidio to the United Nations and the United States since 1992. Sant'Egidio is an ecumenical community rooted in the Catholic Church, which works to aid the homeless and vulnerable, diminish the spread of HIV/AIDS, and has served as a mediating organization in peace negotiations. In this role, Bartoli has been involved in many successful diplomatic activities. He has served in numerous peacemaking processes including in Mozambique (1990-1992), Guatemala (1995), Algeria (1995), Kosovo (1998), Burundi (1999-2000), Democratic Republic of the Congo (1996-current) and Casamance (1994- current).

Dean Bartoli has also been a participant in the U.S. State Department's testimony on Religious Persecution Abroad before Congress and was a member of the Department of State's Religion and Foreign Policy Working Group in 2012. The dean also leads Seton Hall Diplomacy's Catholic Peacemaking Intensive Summer Study Program, which familiarizes students with the inner workings of Vatican diplomacy and of the non-governmental organizations dedicated to peacemaking by focusing in particular on the peace processes in Mozambique, Guatemala, Algeria, Burundi, Albania, Liberia, Côte d'Ivoire, Philippines and Central African Republic.