Ethiopia, known as the "Cradle of Civilization," is not the typical spring break vacation spot. But for Diplomacy students, it holds both historical and diplomatic significance. Ethiopia is home to the headquarters of the African Union, a continental collection of 55 African member countries working together to accelerate the political and social-economic integration of the continent. It is also known for its historic artifacts, including the Arc of the Covenant and Lucy, the first human on record. With a strong influence on not only Africa, but the world, it's no surprise that Ethiopia has been one of the School of Diplomacy's most popular international study seminars. In the below reflection, graduate student Amatullah Shaw and her classmates recount their experiences with Professor Assefaw Bariagaber on the 2019 AU Study Seminar.

The School of Diplomacy has offered a variety of study seminars over the years to places like Bosnia, Cyprus, and China. But Ethiopia that felt closer to home. As a black student of international relations, it has always been important to me that I see myself reflected in the field, be it through the faculty I receive guidance from, the literature we read, or the locations we visit. Traveling to Ethiopia, an African country with such historic and diplomatic significance, felt not only beneficial to me as a student but as a person. When offered the chance to participate in the AU Study Seminar and not only directly engage with international professionals in the field, but to do so on the continent where my ancestors once lived, I knew I had to take advantage of the opportunity.

Over the course of the trip, we visited the historic locations of Axum, Lalibela, and Gondar and met with high-level officials at the U.S. Embassy and the African Union. Whether participants were building academic specialties in Africa, seeking a unique cultural immersion, or interested in learning more about foreign governments and development, the itinerary offered something for everyone.

Axum
The first stop on our study seminar was the city of Axum, the center of the ancient Axumite Kingdom from 100 AD to roughly 1000 AD. We visited the Church of St. Mary of Zion, built by Emperor Fasilides, where the Arc of the Covenant is believed to reside. We marveled at the vibrant paintings across the walls and ceilings depicting biblical stories, and were awed by the large stained-glass windows that transformed incoming light into a rainbow of color.

Sophomore Diplomacy student, Harshana Ghooroo, noted that this was her favorite church out of the many we visited. For her, the paintings on the walls of St. Mary of Zion church were "mesmerizing." "All I can say," she reflected, "is that this experience has changed my whole outlook on how to approach history and narrations of ancient Christianity."

While in Axum, we visited Dungur, where the ruins of one of the Queen of Sheeba's palaces still sit. Although we were only able to see the outlines of the rooms and halls, it wasn't difficult to imagine how expansive and grand the palace must have been in its prime, centuries ago. During this cultural stop, it was all too common to see the women of the group posing on the steps leading up to the entrance of the palace, channeling their inner Queen.

Lalibela
After taking in some of the country's history in Axum, we flew to Lalibela, a rural town known for its rich spirituality, most notably because of its vast collection of rock-hewn churches. What I found most remarkable about these creations is that while they are over 800 years old, they still attract Orthodox Christians from all over Ethiopia. As we walked through pitch-black tunnels and up steep stone steps to access and explore the different churches, we were greeted by worshippers who welcomed us to their place of personal sanctuary.

It was dimly lit inside the churches, usually by just a single light gently swinging from the ceiling or entering through the carved windows. The floors were uneven, but covered with carpets and a few benches to allow for visitors to be comfortable staying awhile. As any place of prayer should be, it remained peacefully silent regardless of the number of people who collected inside.

With full hearts, we traveled 8,000 feet above sea level for dinner and to view one of the most beautiful sunsets I have ever seen. With the Nile in the distance and mountains surrounding us, taking in the landscape and natural beauty of East Africa was the cherry on top of our day of spiritual connection.

Gondar
We soon traded the coolness of Lalibela's hills for the heat of Gondar. There, we walked the castles of five different emperors, including Fasilides, and one built specifically for Queen Mentewab, all within one compound known as Fasil Ghebbi. Fasilides' castle housed everything from saunas, and dance halls, to churches, stables, and dining rooms, making it one of the most preserved structures within that compound. These castles have not been retouched in any way and continue to represent Ethiopia's rich monarchic history.

We then visited the church of Debre Berhan Selassie which is known for a painting of 80 angels on its ceiling. Even though religion has a strong impact on Ethiopia, the painter of this church acknowledged that Christianity is personal to each individual, and yet inclusive of all. The angels were therefore painted without gender and were designed to reflect the people of the region, complete with brown faces and braided hair. Like the church of St. Mary of Zion, paintings completed centuries ago covered the remainder of the walls. This church, and the others that visited during the trip, were examples of history coming alive and inviting us to learn more.

On our last day in Gondar, we visited the Bath of Fasilides, which was a part of Fasilides' large expanse of structures across the region. Today, it is filled with water and used during Timkat, a celebration of Epiphany. With that, we had reached our final stop in the historical component of the trip and headed back to Addis Ababa for the diplomatic portion, which included visits to the United Nations Economic Commission of Africa, Oxfam, the U.S. Embassy and the African Union.

U.S. Embassy in Ethiopia
Among my travel companions was Kathryn Habecker, a second-year M.A. candidate in Diplomacy and International Relations. She found the U.S. Mission to the African Union visit and meeting with Ambassador Mary Beth Leonard insightful and felt that it left a lasting impact on her. She shares:

Our conversations with Ambassador Leonard and her colleagues demonstrated that work as a U.S. Foreign Service officer can be extremely rewarding and impactful, both personally and on the level of the global community. The representatives at the Embassy opened my eyes to the multitude of U.S. interests on the African continent in a way that encouraged dialogue and critical thinking.

She left feeling "immensely inspired," and that the visit reaffirmed her desire to work for a more stable and sustainable Africa in the future.

Among Ambassador Leonard's colleagues were representatives from USAID who discussed a wide reach of development initiatives throughout Africa. USAID representatives, Patrick Brady and Troy Beckham, noted that USAID's main goal in Africa is to reduce reliance on humanitarian aid from other countries. With a budget of roughly one billion dollars a year, they build upon their mission by encouraging sustainable growth in the following sectors: gender, health, youth, trade, energy, agriculture, and peace and security. As Ambassador Leonard made clear, these initiatives are necessary because "an educated and healthy African child will last a lot longer than a Chinese bridge."

African Union
The following day, we visited the African Union, which is organizationally modeled after the European Union and the United Nations. Located in Addis Ababa, one of three of the diplomatic capitals of the world after New York and Geneva, the AU stands as a symbol for African unity. Throughout our tour, we saw paintings, photographs, and statues of African heads of state who have committed to creating an institution that would address issues like chronic hunger, the cycle of poverty, and recurring conflict, by creating solutions made by Africans, for Africans.

Following the tour, we heard from Gamal Karrar, a Senior Communications Officer, Ibrahim Turray, a Policy Officer, and Dr. Levi Madueke, the Head of Strategic Partnerships at the AU. Together, the panelists addressed outreach efforts, youth programs, unemployment, recurring violence, climate change, elections, and global partnerships. Since many of my peers in the Seton Hall delegation are interested in development and post-conflict reconstruction, it was illuminating to not only hear the African perspective on these issues but also have it reaffirmed just how necessary discussions on these topics remain.

As Jarret Dang, a freshman diplomacy student, noted, each of the panelists are hopeful for the future of Africa. Dang found the AU panel of distinguished professionals to be "fantastic" as it "added a level of respect and awe for the AU and its mission.” The initiatives they have created like Agenda 2063, similar to the UN Sustainable Development Goals, and AU TV which publicizes any news or programs coming out of the African Union show that growth in all aspects of life in Africa is imminent.

To describe the trip in detail is difficult because everyone uniquely benefited from such an experience. Whether we were chatting over a cup of strong Ethiopian coffee with the Islamic call to prayer filling the air, reflecting in an ancient church frequented by foreign and local worshippers clothed in white, or laughing about the unexpected assortment of American rappers we saw on the Ethiopian storefronts and taxis, Ethiopia left a lasting impression. For some, our trip to Ethiopia was a spiritual journey, where they were blessed by an Ethiopian priest and took every opportunity they could to spend a quiet moment to pray in the churches of Axum and Lalibela or in a mosque in Gondar. For others, it strengthened their interest in diplomacy and international relations and made them even more determined to, as Gandhi once said, be the change they wish to see in the world.

For me, this trip was a combination of all of those and more. As a student of international relations, it made me more conscious of the fact that a sustainable future for the world at large must start at the ground level, with international organizations working directly with those living through the problems they are trying to solve. As a person of African descent, stepping foot in Africa for the very first time was an indescribable experience and words can't do it justice. Typically, when traveling to a new place, things tend to feel foreign, but for me, Ethiopia didn't feel like foreign all. It felt like I was coming home.

For more information about how you can study abroad with the School of Diplomacy, visit the Study Abroad Programs page. 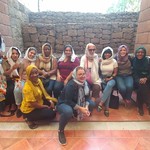 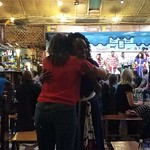 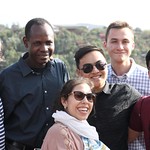 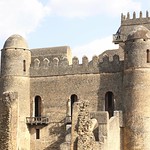 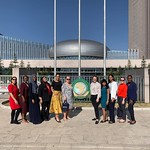 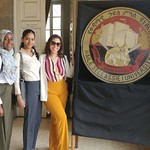 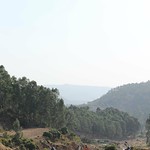 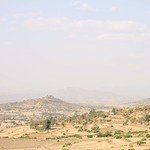 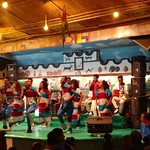 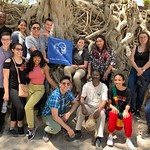 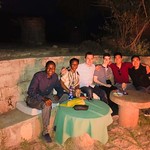 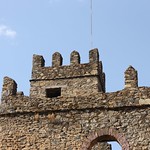