Two current students and a recent alum of the School of Diplomacy and International Relations have each published op-eds in International Policy Digest, a leading foreign affairs magazine "where practitioners and academics come together to report on world issues."

This most recent flurry of publications for members of the School of Diplomacy comes on the heels of last week's publication of "Biden Can Backtrack on Trump's Move in Western Sahara" in Foreign Affairs by Diplomacy Professor and Western Sahara expert R. Joseph Huddleston and undergraduate diplomacy students Harshana Ghoorhoo and Daniela Maquera Sardon, both research assistant's in the School's DiploLab. 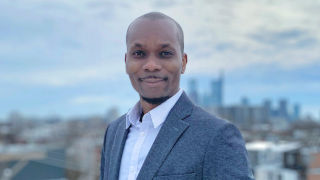 Komlan M. Avoulete is a graduate student specializing in international security and the Africa region.

In International Policy Digest, graduate student Komlan M. Avoulete published "The Capitol Hill Attack: What Should We Infer from It?" Noting that he wished to neither "celebrate or vilify anyone," nor "perpetuate Trumpism," Avoulete points out that

Many of those who stormed Capitol Hill weren't racists and Proud Boys members. The majority of them were simple citizens who were angry and believed that they were defending and protecting their American democracy.

President Trump's supporters are also Americans, such as members of Congress, police officers, doctors, teachers, farmers, students, and businessmen. Taking the issue like they are the sole plague of our society will only intensify the division among citizens and lead to a possible civil war in the future. 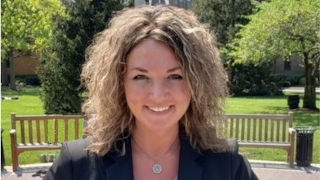 Vera Dimoplon, who graduated with an M.A. in Diplomacy and International Relations in 2018 and is the Assistant Dean of Student Affairs at Cambridge College, published "Will Samantha Power Champion Disability Rights?" in International Policy Digest.

President-elect Joe Biden has nominated Ambassador Samantha Power to be the head of the United States Agency for International Development (USAID). This is a significant moment for human rights activists. It points to the commitment by the Biden administration to reinstate the leadership role of the United States in terms of standing up for human rights and working with our international allies on developing strategies to support the most vulnerable.

Power served as the U.S. Ambassador to the UN under President Barack Obama and spoke at Seton Hall as the guest of the School of Diplomacy just days before the end of the administration's term in January, 2016. 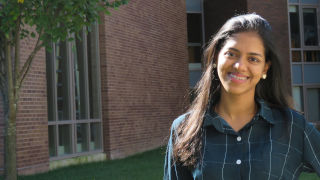 Harshana Ghoorhoo (who co-authored the article published in Foreign Affairs last week) published "Critics of the WTO's Environmental Standards Need to Rethink the Organization's Mandate" in International Policy Digest. Ghoorhoo is an undergraduate student at the School of Diplomacy and International Relations and, as noted above, a research assistant in the DiploLab.

In this most recent article Ghoorhoo notes

The World Trade Organization (WTO) has long been criticized for its trade-focused policies to the detriment of the environment. WTO members view an "equitable and non-discriminatory multilateral trading system" as the key factor toward better protecting environmental resources while upholding the organization's trading system.

Since the end of World War II coincided with a drastic rise in global environmental degradation, international trade expansion raised several questions about whether the WTO's trade policies support or hinder the environment. However, in the given context, the more important question is that if the WTO is a trade organization, then to what extent can it be an environmental organization?

While the WTO has been addressing cross-cutting issues related to the environment, the organization's foundational responsibility consists of overseeing trade rules and facilitating trade opening between nations. The international community needs to reassess what it believes the WTO is designed to achieve before pushing it to enforce stricter trader regulations in favor of environmental protection. Protecting the sovereignty of its members and ensuring fair trade are examples of what the WTO's mandate is and as such, alternative means of pushing for environmental regulations vis-à-vis international trade should be created.

Komlan M. Avoulete is a graduate student at the School of Diplomacy and International Relations, specializing in international security and the Africa region at Seton Hall University. Komlan holds a B.A. in Sociology from the University of Lomé in Togo.

Vera Dimoplon is an experienced professional with a MA in Diplomacy and International Relations (2018) and MA in Special Education, Edmund Muskie Graduate Fellowship Program recipient (2004), member of Sigma Iota Rho, National Academic Honor Society for International Affairs, a Leadership Fellow, an Experiential Education Student Award recipient, a Rapporteur for the International Dialogues on the Sustainable Development Goals at the United Nations, co-hosted by UNDPI and NGO/DPI Executive Committee (August 2017), currently the Assistant Dean of Student Affairs at Cambridge College.

Harshana Ghoorhoo is pursuing a Bachelor of Science in Diplomacy and International Relations and a Bachelor of Arts in Modern Languages, and Philosophy. Harshana is a research assistant at the Diplomacy Lab and the Managing Editor of The Diplomatic Envoy. Her interests are military artificial intelligence, counterterrorism, and nuclear security. She is currently an intern at the Modern War Institute at West Point.