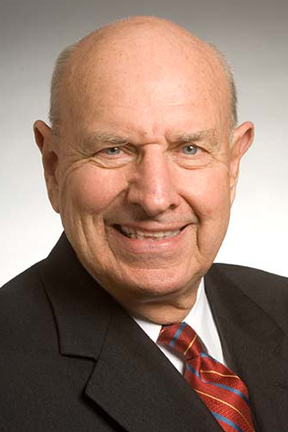 In a recent Op-Ed piece in the New York Times, Ambassador Pickering writes about the “red flags” George Washington raised in his farewell speech, where he warns about disunity within and foreign interference that could threaten our democracy.

Ambassador Thomas R. Pickering, one of the country's most esteemed diplomats, visits Seton Hall on Tuesday, February 27. Pickering will share his insights on the relationship between the UN and the United States with students, staff and community members beginning at 5:30 p.m. in the Chancellor's Suite in the University Center.

A veteran of the U.S. Foreign Service, Pickering served as U.S. ambassador to the United Nations and was the country's chief diplomat in Russia, India, El Salvador, Israel, Nigeria and Jordan. From 1997 – 2001 he served as Undersecretary of State for Political Affairs, the third highest post in the U.S. State Department. At the time of his appointment by Secretary of State Madeleine Albright, Time magazine declared him the "five-star general of the diplomatic corps".

With a career spanning four decades, Pickering has a unique vantage point on America's international engagement, particularly with the United Nations. The UN, he explains, was shaped in part by the United States in the wake of World War II and continues to be a central focus of American foreign policy. Pickering adds that, "From the Security Council, which deals with key issues in peace and security and provides legitimacy for the rise of sanctions and force, to the specialized agencies, which help to make most international aspects of modern life function, it is a critical part of how we assure our national interests."

The School of Diplomacy has an active relationship with the UN community and frequently welcomes visitors from the international diplomatic corps to speak with students. Hosting the talk by Pickering is an example of that partnership, explains Dean Andrea Bartoli. He adds, "Our students and faculty really benefit from this relationship. Hearing the Ambassador's views on current U.S. foreign relations challenges will provide a deeper understanding of the importance of America's international engagement in terms of national security and economic growth." 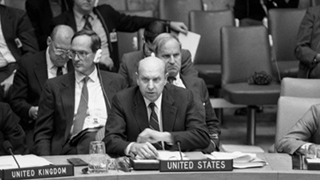 Born in Orange, New Jersey in 1931, Pickering received a bachelor's degree from Bowdoin College and master's degrees from the Fletcher School of Law and Diplomacy at Tufts University and Melbourne University in Australia. An accomplished author and speaker, Pickering serves as a Distinguished Senior Fellow at the Brookings Institution. He is active on several not-for-profit boards, including the International Crisis Group, where he was previously Chairman and Co-Chairman of the Board. He is the current Chairman of the Boards of the American Academy of Diplomacy, the Washington Institute of Foreign Affairs, and the Institute for the Study of Diplomacy at Georgetown University. He has been a Trustee at the Council on Foreign Relations and the Aspen Institute, among other organizations.

Adding to his accolades, Pickering has received the Distinguished Presidential Award and the Department of State's highest award, the Distinguished Service Award. He is also a member of the Council on Foreign Relations and the International Institute of Strategic Studies.

To attend this event, please RSVP to diplomacy.events@shu.edu.