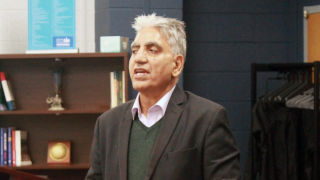 The Institute for Communication and Religion (ICR) hosted an academic panel addressing India's changing relationship with Kashmir. Sharing their perspectives and research on the subject were Ashok Kaul, Ph.D., professor emeritus of sociology at Banaras Hindu University, Athar Murtuza, Ph.D. of the Stillman School of Business, and Amrita Ghosh, Ph.D., a former Seton Hall professor and a current post-doctoral researcher at Linnaeus University in Sweden.

Modern conflict over Kashmir, a territorial dispute primarily involving India and Pakistan, began following the partition of India in 1947. Over 70 years of tensions have escalated into several wars and armed encounters. ICR Director Jon Radwan said, "These issues are complex, involving State versus Federal rights, religious and tribal identity, Hindu-Muslim relations, domestic military action, digital media access, and rising nationalism. We are very excited to host international scholars to share expertise on how religion and communication intersect in Kashmir."

Last year, India abrogated article 370 of its constitution, rescinding Kashmir's semi-autonomous status and deploying thousands of troops to the region. A telecommunications blackout was imposed for nearly six months, ensuring that very little news could be shared and preventing residents from using cell phones and the internet. On January 25, 2020, partial internet access was restored. Three hundred government-approved sites can be accessed at low G2 speeds and all social media sites remain banned. This conflict has affected many people in the region and prompted numerous scholars to speak out regarding the issue.

Given recent events surrounding the conflict, the Institute gathered three experts to discuss their perspectives in a panel discussion entitled "Fragmented Kashmir."

Initiating the discussion, Kaul shared how he treats "Kashmir not as a political dispute, but as a case of cultural estrangement." Kaul discussed his views through tackling historical events that influenced the conflict, as well as the agendas of India and Pakistan. His emphasis was that the conflict with militancy in Kashmir over three decades has brought the whole society to its ailment with fractured social core. The minorities are driven out and majority stands disillusioned. The present intervention of the state might lead to a regenerative politics in Kashmir, once peace settles. He ended his argument by stating, "The world now is different with the wave of migration, globalization, and digital media — it is unpredictable." Kaul continued, "The fundamental things, your own safety, security, and freedom are important. Kashmir is not a safe society at the moment; we must wait and watch while we seek peace." 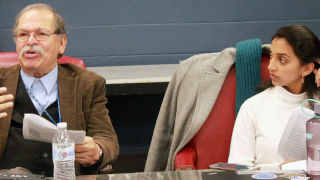 Adding their perspectives to the discussion about Kashmir were Associate Professor Athar Murtuza, Ph.D., and Amrita Ghosh, Ph.D., a former Seton Hall professor and a current post-doctoral researcher at Linnaeus University in Sweden.

Following Kaul was Amrita Ghosh, Ph.D., who recently completed post-doctoral research with the Center of Colonial and Postcolonial Studies at Linnaeus University in Sweden. Ghosh joined the panel via video conference call to share a compilation of Kashmiri stories told through arts and literature. One of the poems Ghosh shared was "The Lightness of Being in a Heavily Militarised Zone" by Asiya Zahoor, which discusses the present-ness of the past in Kashmir. To demonstrate the importance of protecting human rights in Kashmir, Ghosh recited the full poem, beginning with the opening stanzas, "Before they lay barbed wire across our tongues, let's sing of almond blossoms. Before they hammer our heads to harvest thoughts, let's think, what we want to think." Through her postcolonial research and work as the co-founder editor of the literary journal, Cerebration, Ghosh examines the covert and overt processes of violence in the psyche of Kashmiri society.

The third and final individual presentation was led by Athar Murtuza, Ph.D., an associate professor in the Department of Accounting and Taxation at Seton Hall. His work extends to infusing literary, cultural, and historical perspectives in accounting and business pedagogies. Murtuza provided a broader view of the conflict by providing a history of India and Pakistan's border conflict. Murtuza also shared a religious perspective based on Rudyard Kipling's work inspired by the disputes of the Christians and the Church at Antioch. Among other works of Kipling, he shared two stanzas from famous poem 'The Ballad of East and West' which represent his views toward the Kashmir conflict. Murtuza quoted, "But there is neither East nor West, Border, nor Breed, nor Birth when two strong men stand face to face, though they come from the ends of the earth." Murtuza explained that these stanzas resonated with him as he believed they reflected the Christian commandment to love one's neighbors.

The panel concluded with a question and answer session where the experts were given the opportunity to provide insight on the possibility of Kashmir choosing to have an intercultural and interfaith identity. An audio recording of this entire panel discussion can be found as part of a series of podcasts published by the Institute for the enrichment of all who are interested in understanding more about this ongoing issue. In addition to the panel, a full-length podcast interview with Dr. Kaul is available and parallel recordings with Professors Murtuza and Ghosh are in production. The entire podcast series is available for public access on the Institute's website. 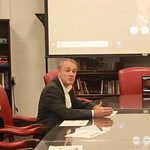 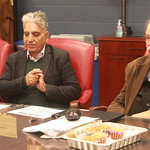 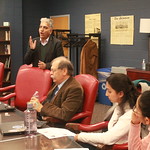 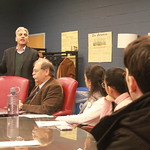 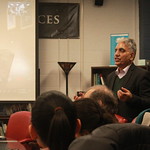 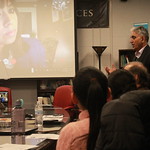 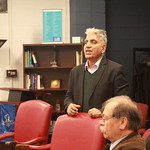 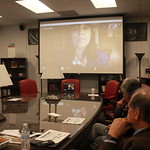 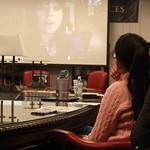 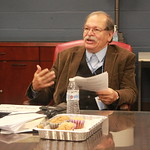 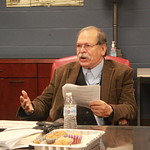 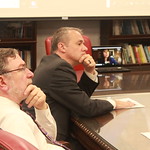