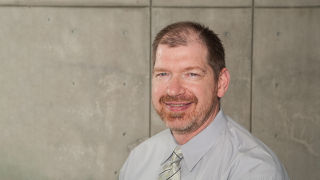 James J. Kimble, Ph.D., a communication professor within the College of Communication and the Arts, was featured in the New York Times in an article entitled "The Pandemic Needs Its Smokey Bear."

Professor Kimble specializes in American WWII advertising and public relations campaigns. These campaigns were utilized in the United States to galvanize public sentiment for the war effort and to deliver effective calls to action for a number of home front initiatives, including bond drives, fuel rationing, "Victory Gardens" and scrap metal drives used to bolster the nation's supply of resources to manufacture war materiel.

No stranger to press, in 2018 Professor Kimble's research on the identity of Rosie the Riveter went viral, appearing in People magazine, on the front page of the New York Times, and on the television show Mysteries at the Museum; the story ultimately achieved over 1.3 billion media exposures worldwide.

At the onset of the pandemic, Professor Kimble also published a feature article in The Washington Post entitled "The Real Lesson of World War II for Mobilizing Against Covid-19." In the article, Kimble outlined some of the messaging strategies utilized by the U.S. government to mobilize the home front on behalf of the war effort and notes that the use of similar efforts in the battle against the coronavirus may be necessary in bringing the virus to a halt.

This most recent article in the New York Times looks in-depth at the messaging to date surrounding Covid-19 both here and in the U.K. The article also looks closely at Professor Kimble's scholarship regarding WWII's scrap drives here in the U.S. and the challenges that needed to be overcome in order for them to prove effective – drawing comparisons to current challenges regarding Covid-19 as well as the vaccination rollout.

It was June 1942 and Henry Doorly, the publisher of The Omaha World-Herald, was driving his wife to Omaha's train station. All the way there, he criticized the government's mismanagement of the national rubber salvage drive to support World War II.

"What did you do about it?" his wife asked.

That gentle nudge, recounted in "Prairie Forge: The Extraordinary Story of the Nebraska Scrap Metal Drive of World War II," by James J. Kimble, kept Mr. Doorly up late that night. He was thinking about the next national home-front campaign. Just months after the bombing of Pearl Harbor, the United States was desperately low on scrap metal, which meant that many steel mills were either slowing or shutting down. That would quickly lead to a steep drop in the number of guns, tanks and other combat essentials. Without enough scrap, the war could be lost.

"So there's Doorly," Mr. Kimble, a professor at Seton Hall University, said in an interview. "He says to himself: ‘I'm the publisher of a medium-sized newspaper in the Midwest. I don't have the ear of the president because I backed his opponent, but I have a voice in Nebraska. Maybe if I can start a campaign here, I can make it an example for the country.'"

The next day, he gathered his staff and explained his idea: a competition, among all 93 of Nebraska's counties, to scrounge up the most scrap metal per capita. A running tally would be publicized, as if the drive were a live baseball game, in The World-Herald's sports section.

Soon after the contest was unveiled, every newspaper in the state backed the idea. For three weeks, Nebraskans ransacked their homes for metal, or roamed the countryside in search of abandoned tractors or idle windmills. On some days, The World-Herald ran nothing but scrap metal contest stories on its front page.

The results were such a triumph — the equivalent of 100 pounds of scrap for each resident — that identical, three-week contests were soon staged in every other state. Ultimately, five million pounds of scrap was delivered to the War Production Board using what became known as the Nebraska Plan. The World-Herald was awarded the Pulitzer Prize in public service.

From its inception, Mr. Doorly knew his idea wouldn't work without winning the trust of Nebraskans. A national aluminum drive the previous year had inspired many in the state to collect kitchenware, which sat in unused heaps because of government inaction. "Aluminum Pots Dot Landscape Weeks After Drive for Metal," read a Washington Post headline in October 1941.

More deeply, many Americans had concluded that the Wilson administration censored news and manipulated the public throughout World War I. So when Mr. Doorly announced his scrap competition over the radio, he spent about half of his time speaking plainly about the war. Scrap metal levels were dwindling. This was an all-hands emergency. Only then did he explain how he would turn metal collection into a patriotic game.

Read the full article here, which appeared in print, entitled "The Pandemic Needs Its Version Of Smokey Bear."