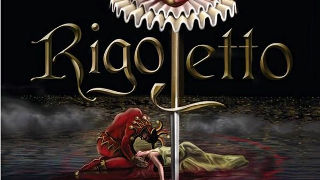 The Curse of Rigoletto By William Haney

Art and design professor William Haney recently represented the College of Communication and the Arts in a special way: his award-winning poster, The Curse of Rigoletto, launched three international performances of Verdi's "Rigoletto" in France and Italy. 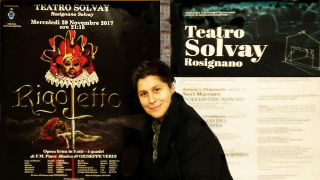 Haney's Curse of Rigoletto publicized productions across Italy and France at the Rosignano Solvay Theater in Toscana, Italy; at the Théâtre de Nevers in Nevers, France; and at the Teatro Comunale di Adria in Adria, Italy. 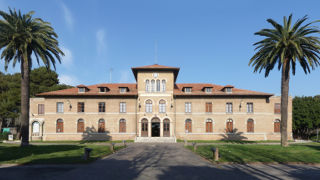 Haney's work was originally commissioned for the MidAtlantic Opera Company's staging of "Rigoletto" in October 2014. It intertwines the tragic, insidious hunchback jester named Rigoletto and the final scene of his slain daughter, Gilda, who was mistakenly killed by an assassin. The Curse of Rigoletto headlined multiple areas including news articles, promotional posters, and online performance listings. Speaking to the depth of his work, Haney shares, "I believe the contrast between the ugly, deformed body of Rigoletto and the beautiful, delicate figure of Gilda creates a powerful visual tension." 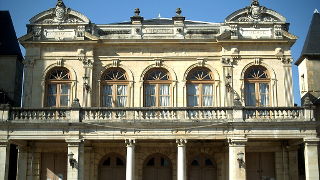 The powerful design was specifically chosen for its modern take and preservation of the characteristics of the Verdi tragedy. Diana Viorela Turtoi, mezzosoprano of the Rosignano Solvay Teater performance, shares its impact: "It was not the typical, old poster of Rigoletto. It was something new, current, and adaptable. It was ideal for a new beginning and new performance. The evening ended with great success as the beauty of the poster foresaw: vivid colors, the cry of Rigoletto as he loses his only reason for living and Rigoletto's desire to avenge himself."

The Curse of Rigoletto has won multiple awards including: 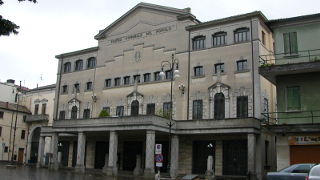 For more information about the Art, Design and Interactive Multimedia program in the College of Communication and the Arts, please contact Associate Professor Christine Krus at christine.krus@shu.edu.