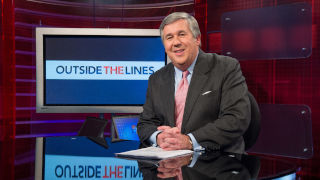 Bob Ley '76 was elected to the National Sports Media Association Hall of Fame.

Ley is the second Seton Hall alumnus to be elected to the Hall of Fame. Famed sportscaster Dick Vitale '63 was inducted in 2013. Other past inductees to the Hall include Damon Runyon, Ring Lardner, Red Smith, W.C. Heinz, Dave Anderson, Frank Deford, Bob Costas, Al Michaels and Bryant Gumbel.

In a release announcing his election, the National Sports Media Association Hall of Fame wrote:

Ley is synonymous with ESPN, beginning as a "SportsCenter" anchor on the network's third day of operation. A longtime fixture on the "SportsCenter" desk, Ley has spent the better part of the last 28 years as the host of ESPN's award-winning "Outside the Lines" program, which examines issues of the day in the sports world that go beyond the playing field and arena.

"I congratulate Mr. Ley on another amazing honor," said Dean of the College of Communication and the Arts, Deirdre Yates, "He serves his profession and the public with a grace and distinction that has once again been recognized at the highest level of the industry. Bob's work with our Communication and the Arts students is invaluable and we are enormously grateful. He is, without a doubt, a Seton Hall of Famer."

Currently on a six month sabbatical from ESPN, Ley recently was invited back to Seton Hall by the College of Communication and the Arts to teach a master class to 30 select students entitled "Sports Journalism and Its Challenges."

Considering the class, Ley then noted: "Returning home to Seton Hall to teach this class is very meaningful for me. What I learned here as a student gave me the tools and the grounding to not only work in the industry, but help to create programming that's essentially become a part of the wider culture."

As a pioneer in the world of sports media within and without the wider culture, Ley's peers have taken note with their highest honor.

Ley, along with Mike "Doc" Emrick, Peter King, and Tony Kornheiser, will be inducted into the National Sports Media Association's Hall of Fame in June. 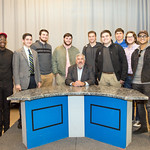 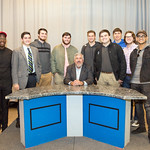 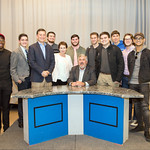 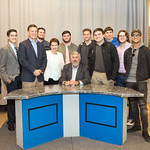 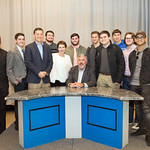 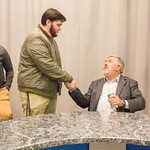 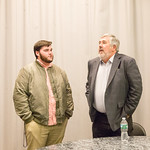 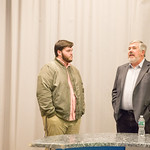 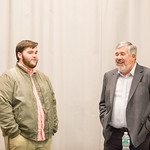 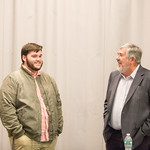 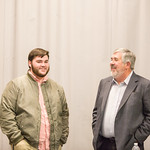 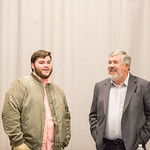