What Great Minds Can Do: Janell Crispyn

"I can't say enough about the sense of accomplishment one feels after completing graduate study and receiving a master's diploma. You feel as if you can meet any challenge." 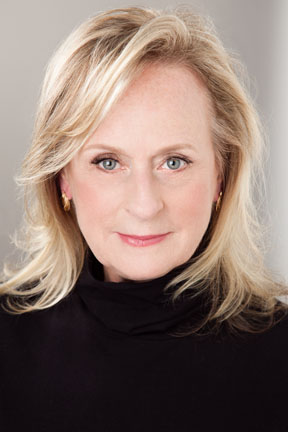 For the past 20 years, Janell Crispyn, M.A. '17 has thrived at iHeartMedia's Total Traffic division, reporting on the news, traffic, and weather for such New York City radio stations and broadcasters as 1010 WINS, Bloomberg Radio, SiriusXM, and ESPN Radio. Before that, she held positions at Dow Jones Voice Information Services, Editor & Publisher magazine, and radio stations nationwide. To say the least, she is professionally successful.

Yet Crispyn was unwilling to be complacent. Instead, she wanted to stimulate herself intellectually. And while volunteering and pursuing hobbies all require a degree of learning, she knew that nothing compares to challenging oneself academically. So she enrolled in the M.A. in Public Relations program within the College of Communication and the Arts.

And she was not disappointed by the experience.

"Pursuing my degree at Seton Hall allowed me to take time to focus on personal growth," Crispyn said. "The courses I took allowed me to increase my knowledge in areas in which I had always had an interest and those with which I had some experience. Graduate study also allowed me to expand my understanding of other events and activities that I may never have had the opportunity to explore unless they were presented in a university setting."

In graduate school, Crispyn found she could delve deeply into research interests with the guidance of experienced faculty and advisers. She especially appreciated the chance to further her interest in social media and its effect on broadcasting, which she did by researching and presenting her findings as part of her thesis.

The master's thesis was a particularly rewarding experience for the Pirate. At first the idea of researching, writing, and presenting a master's project was daunting to her, but she found thinking critically and completing all aspects of the work to be immensely satisfying. In fact, simply knowing that she lived up to the high standards placed on all graduate students means the world to her.

"I can't say enough about the sense of accomplishment one feels after completing graduate study and receiving a master's diploma," Crispyn said. "You feel as if you can meet any challenge."

Crispyn is indeed ready to take on new challenges using the education she received through the College, including freelance public relations work. She is also interested in teaching at the college- level. And though she may already have a career, she has even been approached by several job recruiters now that her M.A. degree is listed on her resume online.

Having experienced the benefits of the Public Relations program firsthand, Crispyn recommends that anyone interested in graduate school consider the College — particularly now that it is developing innovative and exciting new courses in public relations. But to the alumna, simply enrolling in the University is not enough. Instead, she urges anyone who commits to a Seton Hall graduate program to do so wholeheartedly.

"Grab the opportunity to study and research and take advantage of the expertise of the professors who have experience and an understanding of the subject matter," Crispyn said. "Don't just complete an assignment – immerse yourself in it and know that the experience will remain with you long after the assignment is completed."

This profile was written by Sean Quinn, a Graduate Assistant for Graduate Studies within the College of Communication and the Arts and an M.A. in Public Relations student.