Dr. Murzaku is Headed to Poland to Deliver Keynote Address Commemorating the 500th Anniversary of Reformation 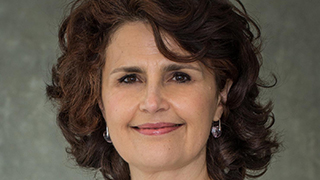 Ines Angeli Murzaku, Ph.D., Professor of Church History will deliver the keynote address at a conference entitled: Culture of Reformation and Reforming in Culture. The conference organized by the University of Łódź, one of the leading institutions of higher education in Poland, will be held from May 21-24, 2017 in Łódź central Poland. The international-interdisciplinary conference will bring together an international team of experts, scholars, church leaders and students from various religious traditions in Europe and abroad to commemorate the 500th anniversary of Protestant Reformation. Dr. Murzaku's keynote address is entitled: Pope Francis Priority? Catholic-Protestant Ecumenical Dialogue. The paper will focus on Pope Francis' ecumenical theology and his mission to bring unity in the Church. Pope Francis' ecumenism is an ecumenism in action, an ecumenism that breathes with people and becomes part of human interactions. Francis who is known for his practical approach and for his courage "to face problems and find solutions," does not use highly theoretical road maps. For him solutions are based on practice, "paths open while walking" interacting, knowing and appreciating the commonalities and thinking creatively how to overcome differences – this is in essence Pope Francis' dialogical motto.

Ines Angeli Murzaku earned a doctorate from the Pontifical Oriental Institute, Pontifical Gregorian University in Rome and has held visiting positions at the Universities of Bologna and Calabria in Italy and University of Münster in Germany. She has won grants including Alexander von Humboldt Research Fellowship for Experienced Researchers; Social Sciences and Humanities Research Council of Canada Grant (SSHRC); and Fulbright Senior Research Scholar.

Dr. Murzaku is currently writing a book entitled Mother Teresa, The Saint of the Peripheries who Became Catholicism's Center Piece to be published by Paulist Press in December 2018. Dr. Murzaku's research has been published in multiple articles and seven authored or co-authored books including: Life of St Neilos of Rossano (1004) (Dumbarton Oaks, Harvard University Press 2017); Italo-Greek Monasticism from St Neilos to Bessarion (Ashagte 2017); Monasticism in Eastern Europe and the Former Soviet Republics (Routledge 2016); Monastic Tradition in Eastern Christianity and the Outside World a Call for Dialogue (Peeters University of Leuven 2013); Returning Home to Rome? The Monks of Grottaferrata in Albania (Analekta Kryptopherres 2009); Quo Vadis Eastern Europe? Religion, State and Society after Communism (Longo University of Bologna 2009); and Catholicism, Culture and Conversion: The History of the Jesuits in Albania (1841-1946) (Orientalia Christiana Analecta, Pontifical Oriental Institute 2006). Dr. Murzaku was the vice-president of the Association for the Study of Nationalities (ASN) and a United Nations accredited representative for the organization Christians Associated for Relationships with Eastern Europe. She is a regular commentator to media outlets on religious matters. She has worked for or collaborated with the Associated Press, CNN, Voice of America, Relevant Radio, The Catholic Thing, Crux – Taking the Catholic Pulse, Salt and Light Catholic Media Foundation (Canada), The Record, The Stream, Radio Tirana (Albania), Vatican Radio (Vatican City), and EWTN (Rome).