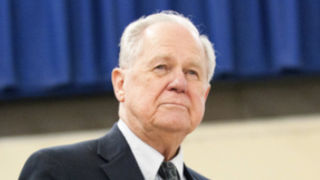 The Catholic Studies Program, Campus Ministry and the G. K. Chesterton Institute for Faith & Culture proudly present "Catholic Life in Literature Series with Dr. Jim McGlone: The Man Born To Be King" held at 7:30 p.m. on Wednesday, March 27 in the Theatre in the Round of the University Center.

The event is free and open to the public. This is an ACE event.

About the Lecture:
When Dorothy L. Sayers began her twelve-radio play-cycle on the life or our Lord and Saviour Jesus Christ, entitled The Man Born To Be King, she confronted a literally unique and extraordinary condition; there were no modern precedents to offer a guide as to treatment. Without any apparent standards for comparison, and in the face of the strenuous objections from some quarters to any theatrical presentation of the Gospel story, some would suggest that we should avoid the material. Nonetheless, tonight we have chosen to adapt that part of Sayers' drama that deals with the action of Holy Thursday and beyond. 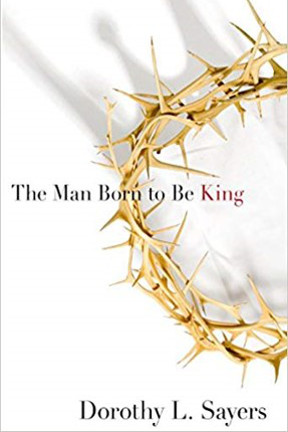 Let Dorothy Sayers speak for us. "I am a writer and I know my trade; and I say that this story is a very great story indeed, and deserves to be taken seriously. I say further that in these days it is seldom taken seriously. It is often taken, and treated, with a gingerly solemnity; but that is what honest writers call frivolous treatment. . . let me tell you, good Christian people, an honest writer would be ashamed to treat a nursery tale as you have treated the greatest drama in history: and this in virtue, not of his faith, but of his calling. You have forgotten, perhaps, that it is, first and foremost, a story—a true story, the turning point of history, 'the only thing that has ever really happened.' If so, the humblest in our kind may venture to put you in mind of it—we the playwright and the players—because it is our craft to tell stories, and that is the only craft we know. We have done what we could; may the Master Craftsman amend all."

The gifted lady has spoken, I think, for poor players everywhere. We are aware of our limitations, and ask your indulgence in our humble but rehearsed presentation of The Man Born To Be King.

Commentary by Professor Dermot Quinn, Department of History.
This event is co-sponsored by the G.K. Chesterton Institute for Faith & Culture.

About Catholic Studies:
The Catholic Studies Program at Seton Hall University offers an innovative, interdisciplinary curriculum for students of any creed who are interested in deepening their knowledge of Catholicism's rich intellectual tradition and living heritage. Combining the study of history, philosophy, theology, literature, art, sociology, and other disciplines, Catholic Studies focuses on the Church's dialogue with culture and encounter with the world. Students interested in Catholic Studies have the option to pursue a major, minor, or certificate that complements and enhances the university’s other degree programs and fields of study. Over 20 years the academic program and its variegated activities have stayed true to and fulfilled the Catholic mission and vision of the University.

About the G. K. Chesterton Institute for Faith & Culture
The G. K. Chesterton Institute for Faith & Culture at Seton Hall University, promotes the thought G. K. Chesterton (1874-1936) and his circle and, more broadly, explores the application of Chestertonian ideas in the contemporary world. Chesterton, also known as "the prince of paradox" was an English writer whose prolific and diverse output included philosophy, poetry, plays, journalism, public lectures and debates, literary and art criticism, biographies, Christian apologetics and fiction. Chesterton, was one of the most versatile writers of his day and his ability to write on serious matters in a style accessible to the ordinary reader, made him one of the most beloved figures in the twentieth century. His thought has particular importance for those who value the sacramental tradition and Catholic social teaching and Christian spirituality. His works have been translated into many languages and because his writing are increasingly are the subject of study by students and scholars, they continue to reach new generations of readers. The Institute's work consists in organizing conferences and lecture series, research, writing and the publication of The Chesterton Review-a widely respected academic journal. As interest in Chesterton grows, The Chesterton Review is growing too. In response to the revival of Chesterton around the world, The Chesterton Review now publishes annual editions in Spanish, Italian, Portuguese and French. The G. K. Chesterton Institute for Faith & Culture at Seton Hall University is considered the world center for Chesterton's studies.