The Center for Catholic Studies 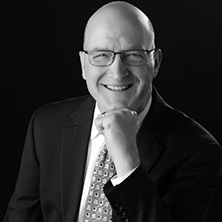 J. Michael Stebbins, Ph.D., has been appointed as the Toth/Lonergan Endowed Visiting Professor for the 2019-2020 academic year. Dr. Stebbins' areas of expertise include systematic theology, ethics, human cognition and decision-making, and the theological and philosophical work of Bernard Lonergan.

"Dr. Stebbins is the perfect fit for the Toth/Lonergan Professorship," said Msgr. Richard Liddy, University Professor of Catholic Thought and Culture and Director of the Center for Catholic Studies. "Not only is he an excellent teacher who can help students discover how their own concerns are linked to the 'big questions' that human beings have been asking for thousands of years, but he also has a deep grasp of the fundamental issues which grip our society in the present age. I am delighted he is with us at Seton Hall."

The purpose of the Toth/Lonergan Professorship is to enhance the connections between the university's Catholic mission and all areas of the university. In addition to teaching, Dr. Stebbins will have the opportunity to participate in the university's faculty development programs, specifically those which link Bernard Lonergan's generalized empirical method ("GEM") with the various disciplines, such as the Praxis Program of the Advanced Seminar on Mission, sponsored by the Center for Vocation and Servant Leadership, and co-sponsored by the Center for Catholic Studies. He will also engage in a variety of ways with schools, departments, and programs around the University.

According to Gregory Floyd, Ph.D., Director of the Lonergan Institute, "Dr. Stebbins is not only an expert in Lonergan's thought, but also uniquely positioned to help us reflect on its timely application to some of the most pressing ethical issues of our day. His appointment this year is a tremendous opportunity for our students and our faculty."

Most recently Dr. Stebbins served as the Executive Vice President of Mission at Avera Health, a four-state Catholic health care system headquartered in Sioux Falls, South Dakota. In that role he exercised system-level responsibility for mission and formation programs and, more broadly, for the integration of Avera's Catholic identity and mission into its operations.

Dr. Stebbins has also served as the director of the Gonzaga Ethics Institute at Gonzaga University in Spokane, Washington, and as the director of the Arrupe Program in Social Ethics for Business at the Woodstock Theological Center, located at Georgetown University in Washington, DC. Earlier in his career he worked as a registered nurse at Children's Hospital in Seattle.

Dr. Stebbins holds a B.A. in philosophy from Gonzaga University, a B.S. in nursing from the University of Washington, and a Ph.D. in systematic theology from Boston College. He is the author of The Divine Initiative: Grace, World-Order, and Human Freedom in the Early Writings of Bernard Lonergan (University of Toronto Press). He and his wife Mary Kay have five children, ages 20 to 33.

Dr. Stebbins can be contacted at michael.stebbins@shu.edu.

The Toth/Lonergan Endowed Professorship in Interdisciplinary Studies
The Toth/Lonergan Endowed Professorship in Interdisciplinary Studies was created by the University's Center for Catholic Studies to honor two great scholars: Bernard Lonergan, S.J. and Deacon William Toth. Dr. Stebbins is the third Visiting Professor to hold this title, succeeding Mark Miller of the University of San Francisco (2017-2018) and Fr. Louis Roy of the Dominican University of Ottawa (2019).

Fr. Lonergan (1904-1984) was a renowned scholar, who, as noted by Time magazine, was "considered by many intellectuals to be the finest philosophic thinker of the 20th century." Lonergan's classic works, Insight: A Study of Human Understanding (1957) and Method in Theology (1972), link faith and theology with the contemporary sciences and professions by way of a generalized empirical method (GEM). The 25 volumes of his Collected Works, published by the University of Toronto Press, include works on theology, the sciences and macroeconomics. Since 2009 Seton Hall has annually published The Lonergan Review, edited by Msgr. Richard Liddy, Director of the Center for Catholic Studies and the Bernard J. Lonergan Institute.

Deacon Toth (1940-2008), who taught moral theology at Immaculate Conception Seminary and School of Theology, founded the Institute on Work within the Center for Catholic Studies, which later became the Micah Institute. He also served as chair of the Peace and Justice Commission of the Archdiocese of Newark. Deacon Toth sought to link Catholic theology with the professions, especially business and law.

The Toth/Lonergan Endowment at the Center for Catholic Studies is an important resource for promoting Seton Hall's efforts, in President Nyre's words, "to change destinations and transform the lives of students, faculty and the community at large" as they engage in "the great conversations, controversies and challenges of society." For more information on the Toth/Lonergan Endowment Fund, contact Monsignor Richard Liddy at Richard.liddy@shu.edu.